5 Things New Leaders Never Do, but Should 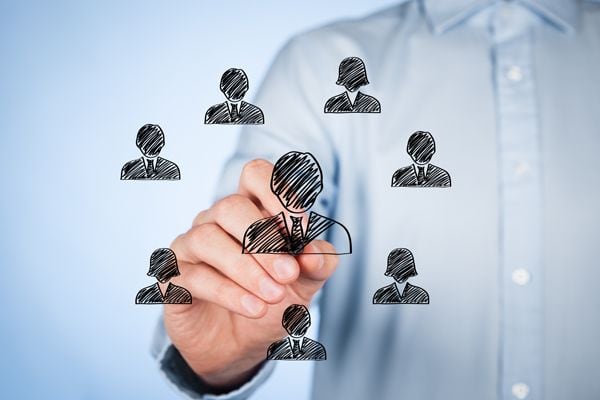 A new leader is one who was promoted inside of 24 months ago. For some, this may be their first role, or merely their first go at a new role in an old company. In either case, in an effort to get their work done and make a great impression with the ever present enthusiasm of the newly promoted, a few critical things may get

Would your leadership impact engagement, performance, and results, if you took the time to do these five things at least once in your first few months as a new leader? Yes!

missed, that shouldn’t. The truth is even many veteran leaders miss these, until there is some sort of emergency. Take note, the sooner these items are done and behind you, the easier it will be to move forward and produce results that aren’t expected from someone new!

New leaders are often driven to complete tasks first and fast, partly in an effort to make a good impression. Usually these actions succeed and result in accolades, but what kind of workplace

culture is that driving? Before becoming enveloped in a culture they no longer see, a new leader would find benefit in staying a step back in observation for a moment or two (or even longer) to assess the landscape. What is valued on this team or who? How do things really work, despite what is expected or taught or trained? What is the history? Who knows all the dirt? What actions have been seen as acceptable or praise worthy? Whether preparing to change a culture or willing to assimilate into a culture that already exists, assessing the culture of a new leader is like understanding the game board before being the first one to make a move.

Many a new leader may argue with the statement that this is never done as they dutifully introduce themselves to each team member, often on day one. However, engaging and meeting are two entirely different matters. New leaders who take the time and effort to have a meaningful one on one, face to face conversation with each team member early on will be much more effectively able to lead each person in a way that makes progress toward team goals and projects. Ask what is important to them. Ask team members what they see as their future in the company? Ask team members what they really wish the new leader would do and what their favorite things are to do outside of the office?

Similar to engaging them, requesting expectations from team members will also begin to build a rapport, but also tell a leader so, so, so, much more. What do they expect from their boss? What do they expect to see? They may not answer each question directly, but if you’ve created a comfortable, conversational environment on the heels of having engaged them in talking about themselves a bit more openly, the expectations should begin flowing. Once you know these, you can align what they hope to see with your reality. Requesting expectations gives them ownership in how quickly the leader appears to fit in and be respected and also brings to light many unwritten rules, which will prevent later time invested in drama, conflict, or damage control.

The new leader wants to be well liked, respected, or at a minimum, usually successful. Is there any “low hanging fruit” in the way of an employee issue that could be swiftly and easily addressed or fixed? New leaders who ask employees for the laundry list of issues will find out what is most important to those they lead, build more immediate rapport, and at least more thoroughly understanding how their role is viewed and what might be holding back the performance of the team.

A new leader is very often promoted, but not prepared. He or she has likely not met the team before becoming their leader and usually has been painted a rather rosy picture. With every hope, that picture may in fact, be reality and then there is the truth that team members when faced with a new leader may not show initially their best behavior. Their whole work world has changed. One way to immediately establish unity and build an even stronger bonded team is to decide upon, as a team, the team’s shared beliefs. What kind of work do they wish to produce? What do they do when team members disagree? How do they treat each other, defining their version of professionalism? Bonus points are awarded for the leader who creates a motto or even team theme, but great benefit is derived by at least collaborating to record shared team beliefs.

Few leaders are newly promoted while being fully prepared. It does happen on occasion, but what new leaders are rarely told is what to be done to actually lead a team, versus remaining an individual performer with a more fancy title. These five actions will establish leadership through credibility, relationships, and communication. With those elements well in hand, a leader is now free to move about the cabin…or rather unencumbered by any number of tight seat belt feeling employee resentments, issues, and barriers.