How Do Leaders Fare Who Dare to Compare 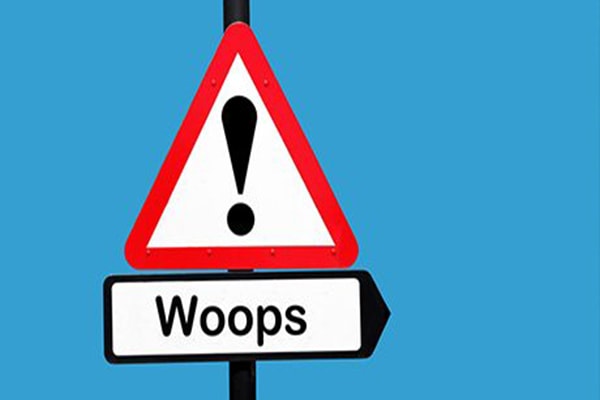 In many a meeting, in which development objectives are shared for coaching clients, there is a compari

son of one leader to another. In many a coaching sessions, clients mention that their skills, or style, or way of leading, is not as good as, or at a minimum, different than another fellow leader. Comparisons are rampant and frequent, but they often result in an inaccurate comparison. Styles are different, not right or wrong. Skills are developed, not always good or bad. Leadership is needed, not in just one way or another. Yet, how often do leaders compare themselves to those with different gifts? How often do leaders compare themselves in ways that lead to a feeling of not measuring up? In this Monday Moment, these questions and more are addressed, with one simple example and encompassed in the answer to one simple question.

Are You Comparing Your Backstage to Someone Else’s Highlight Reel?

What goes on behind the scenes, in the backstage of any workplace is not usually what the customer sees. What goes on in leadership meetings is not always shared with employees. The process of learning is a backstage, behind the scenes affair in most offices and yet, it is the in depth knowledge of these backstage blunders, uh-ohs, learning opportunities, and mishaps, that are so frequently compared to the appearance of another’s finished product. Stop that and consider this:

A leader with gifts in using excel may not be gifted in coaching others. A leader able to engage paint off a wall because they’ve years of polished charisma, may not be able to spell spreadsheet, much less interpret numbers from it. Yet the comparison ensues when either is learning a new skill in these respective areas. What if instead of comparing apples to oranges, leaders valued each other and worked together? Learning a new skill is admirable. It takes time and usually practice. Instead of creating a comparison filled, competitive environment, what about creating a team who builds momentum from collaboration?

An attorney once shared, “some of one’s greatest lessons have the highest tuition” and while this may be true, organizations fail frequently to set any boundaries around how much of an “investment” is allotted to the lessons that come from mistakes. Leaders fail. Leaders fall. Leaders mess up. It’s these back stage blunders that senior leaders sometimes use as fodder for comparison to those leaders who learned that lesson long ago or at another company. Leading people is not an exact science. How to improve leadership rarely has one right answer, but there could be more of a tolerance and a bandwidth to lessen the comparison and increase the learning. Instead of expecting new leaders, in particular, to be as perfect, polished, or skilled as the leader who’s been there for years, pair them up for a dynamic learning duo.

Having just completed the process of creating a new speaking demo reel, rest assured nothing other than the best material makes an appearance in the final product. Highlight reels are just that, a highlight of one’s best material. Comparing what one knows they need to work on with what someone else comes by naturally is like comparing a hippo’s ability to swim with an elephant’s ability to use it’s trunk. Both are big, with similar skin and protective instincts, and they’re even existing somewhat close together, but to think they’re the same is a mistake. Judging a hippo as deficient because its nose is rounded and lacking in dexterity, as if they should have the same skills as Dumbo’s mom is just silly, but it happens daily. Though it’s an obvious mismatch, what employees and leaders are comparing themselves to other leaders with completely different roles, positions, responsibilities and gifts? What bests are being considered the benchmark to which all others should somehow measure or achieve, while disregarding the dissimilar gifts they do have?

Comparisons usually result in a winner and loser and the leader who compares themselves to others who are different, who then decides different is better, will struggle with their own leadership, confidence, and performance. What if we celebrate the differences and instead encourage more collaboration, while teaching leaders how to stop comparing and start working together in sharing the gifts versus acting as if only one type of gift is needed in the role of leadership?