What Leaders Do to Survive Their Scary Storms

Oct 10, 2016 | How to Become a Better Boss, Leadership training, Notes for the New Boss 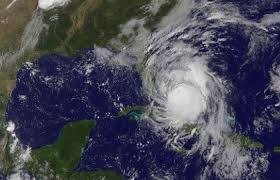 In a stroke of very good news, the entire team and their families of Contagious Companies has survived Hurricane Matthew. Some lost power or sustained minor damage, and one keeps tabs on family in South Carolina, but all are safe. We can breathe a sigh of relief, not unlike the one your team members breathe when a massive or tumultuous change has passed through your organization. Whether a merger, culture shift, a long-time employee leaves, or a storm of sorts that is much more drastic, once it passes, everyone breathes. But what do leaders do in preparation and while it’s happening to ensure all survive and are later able to thrive? That is the focus of today’s Monday Moment. Complete with examples of how our city made it through our literal storm of the decade and inclusive of tips that you can use in your own storms over the next long time period.

Days ahead of land fall or the late stage shift Matthew made in a westward direction, Governor Rick Scott declared a state of emergency. It was sunny out and yet the state was declared an emergency. This move allows for an expedited release of federal level relief and National Guard activation. It was a strategic move planning ahead for the worst of situations. How far ahead are you viewing the trajectory of change and events that may impact employees? What is the timeline being viewed? If it is merely one day at a time, though this is the only moment in which one can be present, it will allow a multitude of events to catch employees by surprise. Surprises tend to be perceived as negative in a heightened state of stress. If you’re not looking ahead, they’ll see dark clouds and no silver linings. This kind of reaction does provoke untitled leaders to take charge and take action, but it also induces behavior like sabotage, frozen in fear, and gossip. Look ahead and prepare for when they are going to meet you there.

Use an Abundance of Caution

In Orlando, the home of Contagious Companies, in an unprecedented move, Disney Parks closed at 5pm last Thursday and all day on Friday, October 7. Residents of Orlando know that Disney closes with freakish rarity and that news may have added to the importance placed on preparations. It was an abundance of caution, much as airline cancellations for days represented the same. Who wants to be remorseful when they can instead say “we dodged a bullet”? What cautions are taken in your organization? What policies need to be temporarily suspended, such as tolls that were not collected on roads used for evacuation? What rules need to be put in place, such as the curfew that extended from 6pm Thursday until 7am Saturday morning in Orange county? Who do you need to alert on what they cannot do to prevent from making things worse, such as the police and EMS teams not allowed to go on to calls in more than 50MPH winds? Your organization and its changes may not be life threatening, but any change that is major will be viewed by employees as an event for which they need to take cover. Use an abundance of caution to keep them from panicking.

Multiple news stations provided dedicated coverage in all affected or soon to be affected areas. While some might argue that they were reaching for a ratings boost or some additional viewers, just as an employee might argue that the CEO is yet again taking center stage and making us attend one more all hands meeting, the truth is there was no lack of communication. One needed to live under a rock with no internet, phone, or trips to the grocery to be unaware there was a storm a comin’ and its level of danger. The key in most dangerous situations is to repeat information. In a state of stress and heightened frenzy of items to now complete in preparation for great change to one’s routine actions, people don’t listen. They can’t focus at the same rate and need to hear your message far more than once. Imagine the old adage in marketing of one must connect with a potential customer seven times (current info) to get them to notice your message and then double that when your “customer” is under stress. If your organization has just merged three companies and everyone is panicking about what is their new job, communicate as often and frequently as possible the new direction. The goal? You want employees to say “yah, yah, we got it. We know already!” When they do that, tell them again and then you know they’ve got it.

All leaders face storms of both minor and major magnitude. The best ones look ahead and prepare a plan of action flexible enough to change because well, things happen. The most successful leaders survive storms of all sizes by using an abundance of caution in specific areas and making communication of all new information a significant priority. What will you do when that next storm comes and leadership through it is up to you? How will you survive the storm of your day, year or decade, personally, or professionally, with family or valued employees? The choices you make now will determine your own survival and that of those who depend on you to lead them through the next one.