Nov 28, 2016 | How to Become a Better Boss, Leadership training, Notes for the New Boss 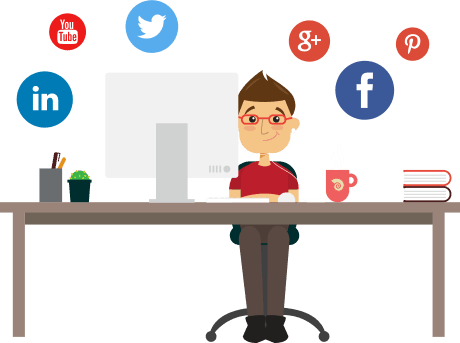 No matter the season, the festivities are but one of many possible leadership distractions. Between holiday office parties, decorations, extra committees, and personal family employee commitments, it is easy for a leader to lose track of normalcy for both him or her and the team, and get far off track from the routine that actually produces results and would resemble productivity. Add to that the extroverted element making distractions much more normal and frequently occurring naturally, and one’s office may look more like Santa’s workshop than an actual work place for about six weeks. So whether one is faced with shamrocks all about, Easter egg hunts or the imminent pitter patter of reindeer, these five methods will help a leader, anytime of year, maintain focus even when jingle bells are near.

Do One Thing at a Time
“Almost everyone is terrible at multitasking. The more people try and do, the worse they perform on every task. But there is a small fraction of the population that might be true multitaskers, or “supertaskers,” a term coined by David Strayer, a professor of psychology at the University of Utah who studies attention. Unless this is categorically a description of you and you’re sure about that, do just one thing at a time and you’ll do each one of them better.

Learn to Say Not Right Now
“Gotta sec?” is an employee favorite question particularly if their need is perceived to be quick, but what if that sec doesn’t exist? Say “not right now”, “not at this minute, give me ten”, or even “how about we schedule some dedicated time for later?” and then asking them to email suggested dates and times. It’s okay to guard one’s schedule and the alternative is fleeting from one seemingly urgent need to the next without actually being productive.

Dedicate Times
Much as one might lead a team member to specifically pick a time and date on which to address their need, a leader who dedicates blocks of time to specific projects is often far more effective in the area of time management.    Choose to read and respond to emails from nine to eleven and again from three to five. Segment lunch, if that luxury exists, into a half hour to eat and a half hour to return calls. Divvying up the blocks of time in a leader’s day will help the leader to stay on track and accomplish more than the simple, mindless tasks known as some of this and some of that.

Shorten the List
Distractions are easily more shiny and more attention getting, when one already has a feeling of overwhelm. To prevent the feeling that leads one to fall victim to minor distractions in the first place, limit those items on the list to the top 6. Yes, only 6. Record on the daily to-do list those six things that absolutely must be accomplished today. If other items get done, hooray…accomplishment gravy. If only the six get done, that was really the point. Haven’t there been days when thirteen things got done except the six that were most urgent?

Remember This
When the list gets longer than hours of daylight in a day, distractions are the brain’s way of taking a break. It’s okay to veer off course for a moment, stare at one’s naval, or answer a question, yet when the bulk of one’s day is spent in this type of condition, results and reputation may suffer. The key to remember is extroverted leaders, while often engaging and naturally task AND people oriented, tend to overload their schedules, while failing to also give themselves permission to take a moment of down time from time to time. Even a moment of allowed distraction, specific set aside time to be unproductive, can provide the much needed recharge to then refocus, go back to work, and keep getting important stuff done!