What’s Timing Got to Do with Leading? 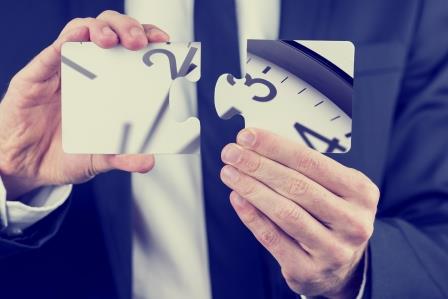 Timing is a tricky element. Not always able to be controlled, not always specific and deadline equipped and rarely within a leader’s grip. But still, what does timing have to do with anything in leadership? From the development of others to expectations of them, access to resources, and the overall feeling or desired direction held by a leader’s constituents, timing has a tremendous amount of influence over much of what comprises leadership. So if a leader doesn’t control it, how does a get it done, task mastering leader manage it? One step at a time beginning with this first one in today’s Monday Moment.

Bad Timing Does Not Equal Failure

For many over achieving leaders, whose very nature in this area may have garnered them the promotion in the first place, failure is equated with things not able to be done when one wants. Nothing could be further from the truth. A task, a project, an idea, or funding, being delayed does not diminish the value of said task or flash of brilliance. A delay is simply an indicator that the environment, in which the idea would flourish, is not prepared yet. Instead of experiencing the frustration of fear of impending failure or spending effort on pushing items in place that are not ready yet, accept that timing is simultaneously an elusive, but powerful factor. Work on those items for which the timing is ideal in place of those items that will have more value at a future date.

While the sayings are prolific on this issue, the words “all in good time”, “when the time is right”, “there is a grander plan”, and even “consider the bigger picture” can have little meaning when a leader is unable to move forward in his or her desired direction. However, the sayings exist for a reason. Even if one is the lone leader in their own business, there is an element of timing in nearly everything. There is a season, so to speak, but more importantly, there are usually many more people, opinions, factors, and inputs to consider. In a larger corporate entity, this is easy to see as decisions are often made and approved by committee. But on any scale, consideration given to the many moving parts that fill any implementation of a leaders’ direction will have value and prevent the leader from taking the delay personally. Another big picture to consider? Perhaps this project right now is not one for which time was readily available. Perhaps the interest in this direction was merely one of the many ways to achieve what one was really after?

Even if the buck stops with the leader and he or she has final authority, pushing a project to fruition creates resistance in some area. If minds are simply not open and logistics become far too convoluted to manage, one might instead consider influence over forcing the issue. But first, answer these questions: Who are all the team members that need to be in agreement to successfully implement this effort? Who are the other influencers best to engage for the success of this initiative? Who needs more information? Who needs to be talked off the ledge? Who needs time to process before being able to forge ahead? A leader’s influence has a far greater impact on timing than any effort of force one puts behind anything. The success of one’s desired direction, when in leadership, depends largely on the buy-in, engagement, and interest of others involved in the project.

There will be an entire population on the night of November 8th in the United States who is either beyond frustrated, deeply disappointed, or considering moving, no matter what candidate wins the election. The same is true in many a race in which only one person may be chosen. If Donald were the winner is it because he was the best candidate or because the timing for his type of leadership is right? If Hillary were to lose is it because she was not a good fit or because the timing is not right for a woman to hold the supreme position of leadership for our country? No one is able to definitively answer that question. Not before and not even after the election. Winners or losers are also subject to timing. Leaders and followers are subject to timing. One can fight it or one can accept its presence as a significant factor and move forward in a new direction no matter what else may have happened.

The leader, who makes the most of timing, employs elements of each of these four important steps. He or she will disconnect delay from failure, consider the bigger picture or scope of his or her efforts, utilize influence, and practice acceptance in each area impacted by less than desirable or even ideal, timing. The only remaining question to start off this new practice of behavior is what step is the first one on which you might wish to focus?