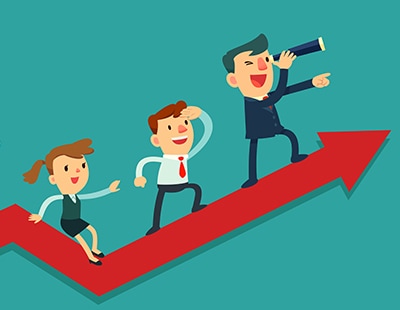 Everyone has room to improve and could get better, but leaders with top performers often leave them alone to fend for themselves. After all no news is good news and what is there to improve when one’s performance is in the top ten percentage? So much time must be spent with those who aren’t there yet, that those who are doing well, are left to continue doing so or find a place who provides continual development. In other words, without continued coaching, top performers who value improvement and continued learning will eventually seek to find it at another company. So, what should one coach a high performing team member? Incorporate valuable intel, expertise, wisdom and resources in each of these three areas and that top performer will likely respond well to strong leadership and quickly find more ways to produce even more than they did previously.

Top performers are doing so much right to have earned that description in the first place. And if they are in the top percentage of performers in their division, product line, or territory chances are good they have a bit of wisdom that comes from age and experience. Even in all of that, they’re not perfect, either. What are the small areas in which tiny improvements could make a big difference? The challenge many leaders face is not knowing the answer to that question and not wanting to mess with excellence. However, at a certain stage of development, habits are well in place and a tiny tweak or change will appear as only a baby step of improvement. Top performers need a leader who can guide them on those baby steps. Do research. Offer suggestions. Ask other top performers in other industries what makes a difference for them. Present the information respectfully and as a simple suggestion and the top performer will be more likely to be receptive to the guidance.

The same people with gobs of expertise often find themselves in a sea of others who appear to not know what they’re doing. While this may not be an accurate circumstance, it can be the ardent perception of those who play at the top of their game and are deathly afraid of letting go of anything. The belief is no one will do it as well as they could. Yet, the reality is at some point they will become overloaded. Teach them how to delegate to others. In sales, for example, delegation does not occur in the form of giving newbies their old customers, but more so in the form of giving support staff team members meaningful work that, with practice, could make the salesperson’s job easier. The best salesperson is also the one who is likely regularly run ragged, moving in a hundred directions, skirting the edge of lake burnout. A skilled leader can prevent this state by teaching and coaching the top performer the art of effective delegation.

There is an old adage in sales that essentially says if the numbers are up, anything can happen and it’s largely prevalent in sales organizations. Team members with double digit increases in production could just about get away with murder. What kind of example does that set for others? In some ways, it says want freedom? Make your freakin’ numbers! However, in many other instances, the example being demonstrated is one of how to avoid following any of the policies  to which everyone else must adhere or how to be the best prima donna or how to ignore most of what your boss says unless he or she is yelling. Those are not examples that foster high performance team development and instead will create whining, frustration and resentment. Coach those top performers to keep doing great work and to do it with grace and professionalism. Naturally more self-focused and driven by image, one easy way to coach this particular topic is to focus on how others might perceive them or how it might make them even more popular if they were not only incredibly good, but also likeable.

It’s a caviar problem to have a team of high achieving top performers. Every leader wishes they had them, until they realize that sometimes they are the very group for which the word high maintenance was created. This is not always the case, but just as difficult to handle is the top performer who says they’re quitting because it’s been years since they’ve gotten any guidance or had any leader willing to give them any additional development. Maybe it’s time to coach even those who are doing their job well and are even terrific at it.