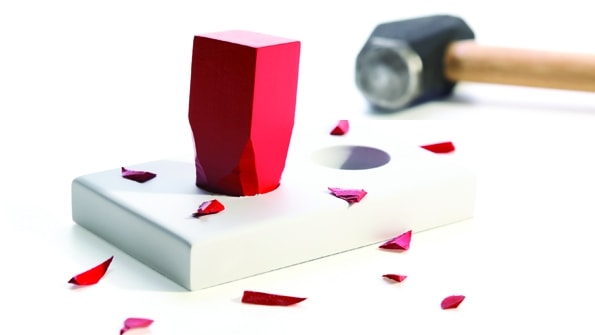 It’s been said a leader’s’ job is never done. It’s also been said a leader’s job is a collection of many more roles than one. In either true statement, three key topics can add difficulty if a leader struggles with decision making. Of course, it also helps if a leader has thick skin, high self-confidence, and resilience when working with these three topic areas. Maybe this leads to the addition of one more leadership saying, such as a leader’s role is not, well… just not always easy. Immediate belief of those statements is of course, not necessary. Simply keep reading to find the reasoning, particularly when it comes to three tough decisions leaders hate making. The first of which is:

Letting Go of a Poor Fit

It’s the one employee that has been coached, counseled, trained and trained again, that simply doesn’t seem to be getting it, but is so nice as a person. The leader has empathy for their plight or lack of skills and will do everything within his or her power to compensate for the obvious distance from the ideal. The leader may alter expectations for a period of time. The employee may show progress for a short period of time. Loyalty, respect, affection, and a professional relationship may appear to be soaring, but the reality is the employee continues to perform poorly. It’s a tough, personal, difficult conversation. A poor job fit, in which who someone IS, or what an employee chooses to demonstrate or is able to demonstrate, is simply not in line with what the job demands, is risky in identifying because the leader often has guilt and the employee usually takes the outcome as personal rejection. No leader enjoys provoking a feeling of low self-worth or rejection. Leaders would MUCH rather prompt growth and development. But every leader has had to, or will at some point, identify when the job and the person are not well suited for each other. Make this decision easier and far less tough by considering a more objective approach. For example, honey makes for really poor glue. It’s sweet, good for one’s health, and a yummy treat, but not so hot as an adhesive. Does that make honey bad? No, simply not a good fit for the aforementioned purpose.

A leader must maintain a positive, while not necessary to be wildly optimistic, mindset. The impact of the leader’s mindset is far reaching and long lasting, culture changing, morale building, and either draining or uplifting for the entire team of employees. A positive mindset, bordering on Pollyanna, drives productive performance. A pessimistic mindset bordering on skepticism and a negative outlook will dramatically slow folks down and spread to multiple levels of the workforce. Yet, how is the maintenance of a positive mindset a decision leaders hate to make? A leader can feel constantly watched and as if there is no room to vent or be real. A leader may feel as if they disagree with the direction the company is taking, yet still need to be strong or optimistic for the team, a believed need that at times feels less than genuine. In a time when authenticity and transparency is key and receiving great emphasis, leaders hate having to put on the game face and be positive over something they hate. They hate having to fake it ‘til they make it in a situation in which they too, are afraid, and they hate having to decide to set their own feelings aside, in order to be strong for the team at large. Reduce the feeling of being always on by finding a sounding board outside the organization and to which one is not married.

Reminding a workforce of the meaning of a three rating on a performance evaluation, and asking managers to be mindful of using that rating to simply indicate “yes, this persons meets my expectations” when previous evaluation sessions doled out fives like candy, is a recalibration. Providing consequences for actions that have always violated company policy and have been ignored up to this point, is a recalibration. Swapping out and improving a long time, comfortable, though ineffective, we’ve always done it that way, process, for one that makes more sense, is a recalibration. Leaders at a senior level who often make recalibration decisions have less of a struggle with these than the leaders and managers who must then implement them. The decisions in this area they hate to make are the ones that involve the new rating, knowing how that leads the employee to feel, and the ones in which they know they must listen to and respect the feelings and resistance to new ways of old employees, but would prefer to tell people they have no control and it’s not their fault so back off. To lessen the blow of significant recalibrating moves, over communicate the message and be real in one’s approach. Share the news via email, voicemail and in face to face meetings until the employees begin to say “Yes, yes, enough. We know.” Then tell them one more time. In that same message, remind them of the origin of the new rule or regulation and unite the team over the struggle instead of dividing the team over their resistance.

A leader’s job is not always easy, but the privilege and pleasure often outweighs the pain of performance management areas in which new rules, a game face, and fit analysis take place. And while a leader may hate to make these kinds of tough decisions, they also know they can and will persevere, and keep calm and lead on.