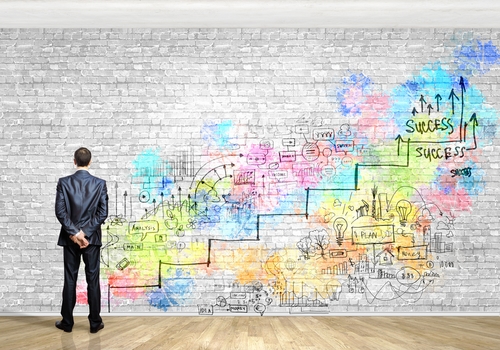 While anyone can be a leader, not everyone is in that prized position with the official title and role. Perhaps it’s time for a promotion. But, how does one get that to happen exactly? More so than might be freely admitted, getting promoted is often less about time in position, expertise, and experience, and more about, sometimes less measurable factors, such as potential or likability. Can one impact either of those purposefully? Yes, certainly. The three quick tips in this Monday Moment will not only point a future leader in that direction, but provide preparation for when the promotion happens.

If a promotion is the goal for the near-term future, one important measure is to increase value. Step up the frequency of volunteering to take on projects or tasks. Show more initiative. Recognize that both require a delicate balance. Raising one’s hand at every meeting and every request comes across as obnoxious. Volunteering to take on projects for which one has zero known interest and even fewer qualifications, without making it known that learning this specific area is the priority, will raise suspicion. In other words, step up not just mindless activity and taking on every single thing, which will then lead to overload, but rather, frequency and value of legitimate contribution. This may take the form of showing more initiative or being more productive or building an even better proverbial mouse trap. The more value provided, the more potential to be noticed for having contributed. Notice the word potential, as getting noticed and then getting promoted, is not a given. Stepping it up is best done in conjunction with the second step.

What could be feared as braggadocios, or narcissistic, is actually a necessary element if used with good timing and sound judgement. Talk up one’s accomplishments. Talk up the accomplishments of the team and individual members of it. Talk up one’s interest in rising to the next level with a boss, a mentor, or a person of influence. Create a plan of action for when the door opens on the next opportunity. Find out when that might be. What would it take for one to be ready to assume that role? Is it even a possibility? Whether referred to as managing up, asking good questions, or having a good conversation with those who hold the cards to that next promotion, start talking informally and then strategically about the plan to ascend into that next position of leadership, when it could happen, what that means, and how it might happen.Then do what is recommended.

It’s a simple fact. More slack, forgiveness, leeway, perks, and yes promotions, are given to those who are friendly. Turn up the sides of one’s mouth and practice likeability. If the attitude is in need of a tune up, get to work on that. If there are repeated bits of feedback that indicate or point to a not valued pattern of behavior, decide if changes are in order. This may mean refraining from participating in gossip. This may mean ensuring one never says anything negative about a person when not in the presence of said person. This may mean helping others to see the bright side of a bummer situation. Leaders see options, possibilities, and generally more optimism than anything to the contrary. Much as a Dress for Success book or course will say to dress for the job one wants, not matter what one has, actions follow the same pattern. Act like the kind of person who is seen to get along well with others, earns respect and trust, and is a person others will follow and learn from regularly. Act like a curmudgeon who prefers to work alone and that may well be the way others envision one’s ideal contribution.

In some organizations, promotions are passed out like Halloween candy. In others, they are much harder to come by. At times it’s lack of clarity of who or what is needed for the position and at other times, it’s a sheer lack of openings. However, whether in one’s current company, or one’s next career endeavor, to be a promoted leader, these quick tips on how to get promoted, are essential.

For more promotion wisdom, check out the webinar: How to Position Yourself for Promotion shared live for the first time on April 18!