Crisis Alert: What Leaders Do When IT Happens

Apr 30, 2017 | Contagious Coaching, Contagious Leadership, How to Become a Better Boss, Notes for the New Boss 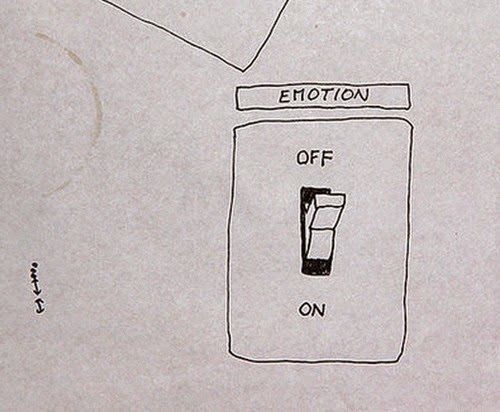 Yes, IT happens. Equipment breaks. Computers go down. Power fails and floods are real. This week IT happened and water flooded the office. But what does a leader do when that kind of upheaval, disruption, and change occurs in any environment? In dire cases, there is no time for panic or emotions other than action. In more annoying and non-life threatening changes or crises, a leader’s word and actions can take any number of directions, particularly if he or she is not initially paying attention. In preparation for the next major mishap, crisis, or rapid change of epic proportion, this Monday Moment shares the steps leaders take to ensure they do a good job of managing only the damage present without creating any more damage to manage.

In the face of a crisis a leader who is caught off guard, can spew a reaction before he realizes what’s happened. Shortly after what will likely appear to be an outburst in response to the news, the event, or the mayhem, emotions engage and gain momentum. It is then that all bets are off on reasonable, rational reactions. The power of a tripped trigger is hard to fathom…until it happens. Catch them quickly. Most leaders learn to do this through practice, though the elements of maturity and emotional intelligence are also helpful. A trigger is nothing more than a rapidly followed habit pattern. Break the habit of believing an event and an outcome are categorically connected and the trigger has less power. For example, the power going out does not mean the project will fail, which does not mean one’s career is derailed and that soon after the news of the failed project surfaces, one will be homeless. Even a seasoned leader’s brain can make this connection in milliseconds. Identify the triggers present. Think back on those that have been tripped and disconnect them. The more work a leader does on disconnecting his or her own triggers and leading his or her own thoughts, the easier it becomes to catch a tripped trigger before the reaction becomes explosive.

When sharing the news of a flooded workspace with a client, her reaction was priceless. “IT happens, that’s why there is a bumper sticker!” The statement caused much needed laughter and then introspection. Stuff does happen. More regularly than any leader wants to admit. Consider it practice and remember that sometimes just when things appear to be falling apart, they are actually falling into place. Remember that those with the greatest successes are those who have often had the most failures. Leaders need practice in leading when things are not easy, as well as when results are soaring. It is the practice that prepares a leader for more opportunities and develops their muscles for real leading. Maintaining stellar results among a team with little or no difficulty requires far less skills and effort than leading a resistant team who’s been through a couple of struggles. Remember the bumper sticker and that this too, shall be but a memory in Q3.

No book or course or training that mentions a step in leading that begins with the word whining. Manage through change and making adaptations are part and parcel of a leader’s skill sets and yet both are far easier said than implemented. Learn to move ahead. Allow a time period of venting or wallowing or whining and then get moving. Adjust and make agile decisions, even if only leading the next ten minutes. Employ creativity. Look at the situation differently. Find a small silver lining and lean on the ideas of unexpected sources heavily. Be innovative. Remind the team the hardship is temporary. Shift workloads. Move desks. Delegate. Give someone else a chance to rise to the occasion that before was making a smaller contribution. Leaders move. They get up. They dust themselves off. They take action. They rise. They stand even when they feel like falling.

A crisis can take many forms and is subject to the leader’s perspective in nearly all cases. What is a crisis for one is not a crisis for another. What is certain to erupt in failure for this leader will be the next golden opportunity for that one other one. Yet, should you find yourself in a situation of dire disruption, absolute mayhem, or simply rapidly changing unexpected and tumultuous alteration to what you thought was the ideal plan of action, catch your triggers, remember the slogans worthy of bumper stickers, and adjust quickly. Looking back on what is now a difficult situation, you will easily be able to note the myriad of lessons present that just may change your mindset and your ability to be a better leader in the future.

Monica Wofford, CSP is a leadership development expert and professional speaker. She is also the leader of Contagious Companies, Inc, a training and consulting firm who develops leadership skills, particularly for managers who have been promoted, but not prepared. Author of Contagious Leadership and Make Difficult People Disappear, Monica may be reached at www.ContagiousCompanies.com, www.MonicaWofford.com or by calling 1-866-382-0121.