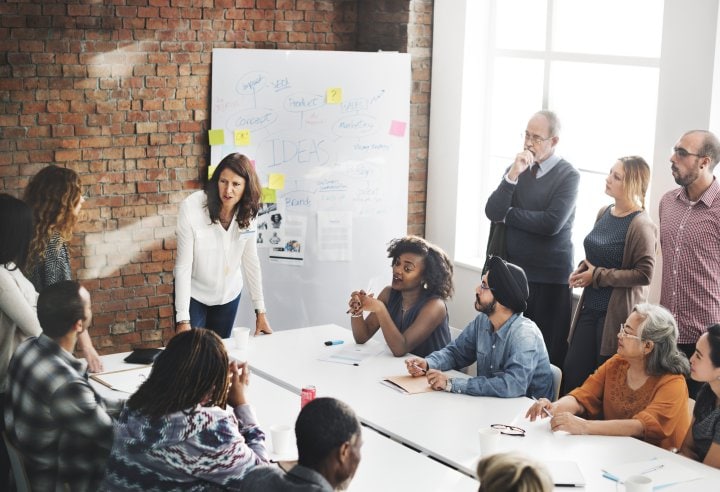 In learning the art and science of more effective leadership, one may run into resistance. Beyond learning, while leading in challenging circumstances, one may also face resistance, opposition, or downright slings and arrows. In both cases, at what point does one continue to serve, in spite of a lack of support or even in the face of sabotage from those you lead? We’re facing this kind of opposition in national US politics. Other countries have faced this kind of abject dissidence in who is fit to lead, ready to lead, or able to lead. You may face this kind of opposition among those who weren’t promoted, those who weren’t on the buying side of the acquisition, or those who simply have no interest in following a leader who doesn’t favor their preference. Here are the steps to get through both and still maintain your desire to serve.

A leader who has become the target of grand opposition may have difficulty focusing. In the United States undoubtedly, the elected leader of the most powerful nation in the world, is under constant attack by a large majority of his constituents. In politics, unlike in business, only fifty-one percent of the voting populous needs to favor you in their selection. In business, a 33% approval rating, would get you fired. However, no matter one’s political affiliation or feelings, this is not a political post. Instead, it is a post using what some call sabotage of the elected President’s efforts, as an example. Yet, in the face of the dissention, lack of support, or alleged sabotage, President Trump seems to maintain focus, as the results of the recent jobs report are believed to reflect. If you’re a leader facing strong opposition or proverbial slings and arrows, stay focused on the mission.

Leadership takes on so many varying characteristics and stylistic differences, it is hard to say “act this way” or “do only these things” and leadership or followership will begin to happen. What is easy to say, however, is that if a leader is transparent in his wishes, even vulnerable in his or her reason, passions, or motivation for any given action, followership tends to increase and often improve. One of the reasons President Trump remains a consistent target for potential sabotage, or a simple lack of support of his actions, is his lack of transparency or vulnerability. Those who are disgruntled tend to group together and gain momentum over drama. Heartfelt emotion or approachability, often also called transparency, tends to dispel hate displayed for hate’s sake. For contrast, watch The United Kingdom, a recent movie of the leadership in Botswana, in which the first democratically elected president shed tears in front of his nation when he conveyed the passion behind his motives and reasons for his determination to persevere, in the face of those attempting to sabotage his efforts and his leadership. No, you don’t have to cry as a leader to show you’re transparent. Show those you lead how much the way in which you lead, and the direction you’ve chosen to pursue, means to you.

One of my favorite country western songs is “If You’re Going Through Hell” by Rodney Atkins and the phrase following the song’s title is “keep on goin’”. Every leader has experienced a situation, major or minor, that brought them to a point of needing to use persistence. Leading in tough times against opposition or limited supporters is no different. Group think is a powerful concept and while large outpourings of support may not be the case initially, it could improve, increase, and even change significantly over time and through persistence. Giving in or giving up, is a sign of one’s character and while there are times to make a change of mind or alter your direction, many have been known to throw in that proverbial towel moments, inches, or one step from victory. Be persistent if the case is one in which you believe. Use persistence if support is what you really need. Remain consistent in your persistence is this is that hill on which you believe you must succeed, or that face lesser desirable alternative.

Perhaps the farmers in Nebraska, making international news, are onto something. In recent CNN newscasts, farmers and teachers in Nebraska have said “He hasn’t had the accomplishments because he hasn’t had the cooperation of the majority in Congress, and they need to get on board with him.” They refer to obstructionists and seem to be saying enough already! We elected him for a reason, so let’s get around to supporting him so he can do the things that led to a quiet, but meaningful majority of support from our nation. Complaining doesn’t often change those who have risen to, been elected to, or promoted into positions of leadership. Either accept them, stop sabotaging them, or decide there is something for which you can support them. Perhaps with your support and alternative opinions about their direction, we can do what are two the most powerful results of strong leadership: compromise and work together. Whether you hate your boss or despise your leader, the reality is we’re in this together. Whether you think your leader is wrong for the job or not, may not matter. We must learn to work together to make the very changes over which saboteurs are arguing. Besides, at a very minimum, sabotage is far less gratifying than it seems it will be, and is mightily draining. Support is productive and typically energizing. Support those you believe have potential to lead better if a change is needed or get on board and support the one who is leading. He or she can do more with your help than with any amount of whining.

Monica Wofford, CSP is a leadership development specialist who coaches, consults with, and speaks to leaders of all levels, building their skills, emotional intelligence, and authenticity. Author of Contagious Leadership and Make Difficult People Disappear, Monica may be reached at www.ContagiousCompanies.com, www.MonicaWofford.com or by calling 1-866-382-0121.