How Leaders Push, Pull, and Persevere 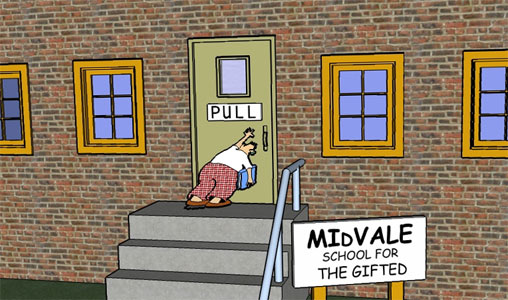 Soon, there will come a time when lessons learned in crisis will be the online trending topic. Articles will ask what we learned in Harvey, tips from dealing with Irma, and how a leader manages to recover from a million-acre wildfire in their area. Posts may look to Mexico and talk about rebuilding from an earthquake or may look at the Keys and describe starting over from the ground up. This is not one of those lesson oriented articles. The time is not right for that at the moment this one is being written. Instead, today’s Monday Moment is about what leaders do in these and even less dire situations. What do they do for themselves, and for others?  How do they help and how to they hinder, even their own recovery efforts? Today’s Monday Moment is dedicated to the millions who have suffered and to the leaders and those they lead who all seem to be rising form some form of ashes.

Governors in Texas, Florida, South Carolina, Louisiana, and Georgia urged, declared and even pushed the message of preparation. Some pushed out the plea for evacuation. They were firm; they were clear; they were authoritative and they were heard. Nearly 7 million evacuated from the state in which I live: Florida. In times of crisis, leaders who push others to be or stay safe and are in the midst of life threatening situations, are followed. When not in times of crisis, leaders who push are simply thought to be pushy. There is time to push and a time to exercise simple influence. Governor Rick Scott, of Florida, was quoted many times of having said “If you haven’t left yet [from an evacuation area], get out now.” Likely the response would have been different if he were talking about getting out to vote or something. Your team and employees will likely respond with “you’re not my momma, make me!” if you push and the situation doesn’t really call for it. Are you pushing in the right time and in situations that warrant you watching out for their best interest or are pushing all the time and thus when you really mean it, it has less meaning?

As of this writing, 40% of Florida was still without power. As of this writing, hundreds of child care centers in Houston were still uninhabitable. Leaders pulling people back into work when they don’t have their basic needs met would make any person start to pull out hair! But, the issue is bigger than that. Those employees, team members, direct reports, and simply put…followers, you have the privilege of leading are not inclined to follow for long if you drag them with you in a direction. They may go because they have to, but escape your clutches the moment they are able. Work with people. Leaders don’t pull, they encourage, entice, and place people where they wish to excel and will do well. Though there will likely come a point for many leaders, when a strong tug or nudge in the direction of hope, with the words “Yes, you CAN do this!” will be needed. Then, pulling is appropriate. Leaders pull people through it and away from the danger in it. Leaders who pull too hard or too soon or for the wrong reasons, end up leading alone eventually.

We asked this question in our office, just days after Irma recovery: “Why are we so tired?” Of course, we’d all cleaned debris and we’d all been out working, but there was something much more deeply lethargic than just fatigue from outdoor effort. It’s the same look on the faces of those who stayed in shelters or who have had no power for days that have become weeks. It’s the same look on the face of fire fighters who used their last ounce of energy to drive home to loved ones. We’ve all been through the ringer and yes, leaders persevere. They lift up others, helping where others need it, and finding strength by digging deep into reserves they didn’t know existed. They also practice acceptance. Leaders have perseverance which means they keep going even in the face of an obstacle. They move around mountains instead of spending the energy to go through them. The world has seen historically unprecedented events and the world is now different. People are now different, some better, some still recovering. Leaders help them persevere and keep looking in a forward direction.

Another way to look at this push, pull, and persevere concept of leadership is by thinking of doors that open. Some doors in life and leadership need to be pushed to reveal what’s behind them. Some need to be pulled to or closed or even pulled open to pass through. Some appear to be stuck and leaders need to find a new opening or direction or walk around them. In all cases, leaders find the opening and keep going. Find the opening. Find your growth opportunity in all this difficulty and disaster. Find a way to use your new knowing and keep going and of course, at all times, keep your sense of humor.