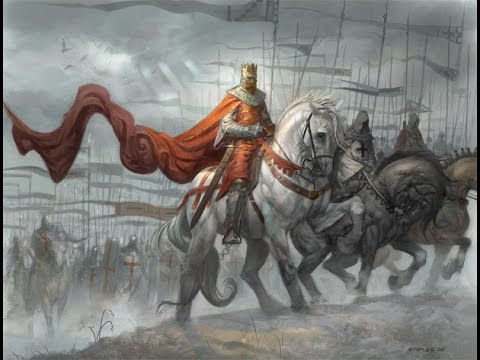 Step back in time with me for a moment. Richard the Lion Heart was King of England from 1189 to 1199, but is buried in Fontevraud Abby in France. It is said he spent as little as six months of his entire reign in his kingdom of England and is instead perceived to believe he needed to be in France to defend his lands. His homeland was seen as a source of revenue for his armies and he is one of only a few Kings to be remembered by his “nickname” instead of his reign number. But how can the behavior of a world leader, who began leading at 16, more than 800 years ago be relevant to today’s leadership power and the symbols that prove one has or doesn’t have it? How much time do you spend at your corporate office versus travel? What is your reputation and how will you be remembered? From what age have you garnered much of the experience used in your day to day leadership? Each lead to symbols and signs of your leadership power. Today’s Monday Moment simply reveals just how much of history we might all resemble.

Presence is a Power Symbol

It is challenging at best to maintain power among a team you lead when you’re never there for them to see. Visit whom you need. Become the loyal traveler who flies frequently. Disperse your efforts and sow seeds of leadership in many territories, yet remember the influence from the title you’ve been given will only carry you so far without meaningful interaction and a presence that is felt consistently. Are you present via phone, email, or in person, with those you lead or are you always off defending other needs in a foreign land, so much so that when needed you are assumed to be unreachable or unable to be consulted? Being everywhere may lead to feeling important and needed, but it rarely leads to employees believing you’re there when they need you.

Age is a Power Symbol

Richard the Lionheart was the third of five sons. He was a middle child, but not one with modern stereotypes of middle child behavior. He rose to leadership power at age 16, when he took command of his first army. He is recorded in history to be a great military leader and warrior, even when just a boy. Only slightly over 40 at his death, with 40 being the new 80 in the 12th century, his age was looked at slightly differently then as we perceive it in our time. Filled with vim and vigor and the vitality of youth, he commanded respect and if it wasn’t forthcoming, he defeated or destroyed any dissenting enemies, including family members. Yet, in our day and time, power goes to the over 40 and more often still, male. We tease and make fun of the younger generations, even complain about their generational differences and then go work for their multi-million-dollar organizations. Perhaps age has been replaced or at least supplemented with profit as the modern power symbol or perhaps we’re simply slow to accept that while seeing the downward slope of our own careers, those who are still looking up the ladder and toward their future, could offer more value.

Reputation is a Power Symbol

Many bolster their reputation with external attributes such as cars, handbags, office size, or fancy suits, replacing the centuries old robes, crowns, or coats of arms. Those only work if you’re not in the last rental Hertz had available and impersonating a soccer mom in the clothes in which you traveled, which are umm… casual. What you do and how much of what you say you do, has been done, is a more powerful indication of your power in leadership. The way in which you get done what you think is priority one, is the second most power indication and one could argue the reverse of those priorities in any given situation. What is your reputation? Are you the leader who creates havoc or one who resolves issues and problems? Are you, as Richard the Lionheart was, known more for your negative outbursts than collaborative notions? Being terse or short tempered, is often seen as easier than employing patience and seeking widespread input.

As I toured the Fontevraud Abbey on a recent trip to France, I was drawn to the museum like quality and descriptions of the various aspects of power. Written on inlaid placards in the corridors of this enormous Abbey complex were remarkably familiar descriptions of the symbols, places, positions, times, and locations of power. Our money looks different. Our symbols are certainly different. Our locations have changed, as have our places and some titles, but the way in which leaders utilize, display and demonstrate power has simply not altered by much. What symbols are you displaying to show the power in your own leadership? Are they symbols others understand and see as meaningful or simply those that make you most comfortable?