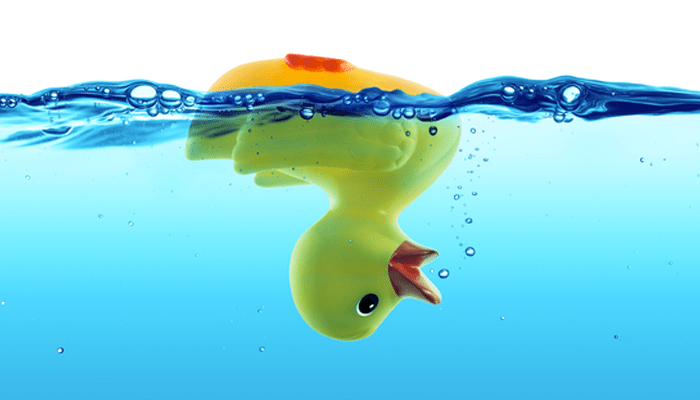 Dictionary.com shows the first definition of failure as 1) An act or instance of failing or proving unsuccessful, lack of success. Yet, when asked how to face failure, Google provides more than 218 MILLION results, the first few pages focusing on a negative connotation of the concept. But, by definition, failure is merely a scenario in which something or someone didn’t work. We flipped the light switch and no light came on as a result. It failed. We seek to fix it versus vowing never to touch the switch again or blaming ourselves for being so bad or stupid that we can’t even turn on a light, right? But, the average leader does just this when something they have tried also fails. Smart leaders respond in ways much different. In fact, smart leaders speed up the failure frequency and as a result they get to solutions and success more quickly. But how do they do it? They follow these five foolproof methods and after this quick read, you’ll want to do the same.

Leaders don’t usually have the option to step away from the failed figurative light switch and proclaim they’re done trying. Some do any way and it can depend on the situation. Smart leaders ask for what they want. Asked in an interview of your salary requirements and given a much lower number? Keep negotiating until you get something you can both live with. Not able to motivate a person to do more work? Keep looking for ways to try differently and remember trying differently is much different than trying the same thing repeatedly. That leads to an entirely different definition.

Many times leaders will keep trying, once or twice, and give themselves credit for trying, but then give up. In fact, some will give up while standing a very small distance from their goal, because they can’t see how to get there. The team can’t reach their monthly goal, again, so some leaders acquiesce and believe what they’ve achieved is the best that can be done. Not the best, brightest, and when it comes to failure, the smart ones. Achieving more sales may take more time, more resources, different people, or a new approach, but smart leaders keep going until they get their result.

For some leaders, achievement of stretch goals or ideals, includes large risk. Leaders who want to work through failure faster, calculate risks and take small ones more frequently. What is the worst that can happen if you call that client again? What is the worst that can happen if you ask for that raise, even a small one? If the answer is someone is mad, but nobody died, many smart leaders would say that is a risk worth taking, even if the result is failure in getting the answer desired. In the effort of failing, when reaching toward succeeding, taking risks that would close the entire company or division are not what’s needed. Risks that might show you’re all in, but from which you can recover if you tired hard enough, are far more palatable. Though risking it all does motivate some to try much harder to avoid failure.

Having visited one of Edison’s Florida laboratories, I’d like to think that if he beat himself up, analyzed the dickens out of every reported 10k failures reached when inventing the light filament, that we might still be sitting in darkness. There is a point at which a leader should, yes should, analyze what went wrong and what tweak is needed to get better results. There is also a point at which over analysis slows down the next failure and slows down overall progress. Get through what happened quickly, try differently, be thorough and repeat, while applying the learning. Time spent analyzing why you didn’t get it right is like asking yourself why you’re fat. The answers will not produce helpful results much like when your brain replies “because you eat Oreos” will not motivate you to go get skinny.

From King Solomon to Napoleon Hill, throughout the self-help movement, academics, and science, and in organizations world-wide, success is said to lie in the clarity of one’s vision. What do you want, what you want to look like, feel like, be like, and when? You may not know how to achieve success just yet, but if you know your goal and have some emotional desire behind its vision, you’ll naturally keep looking for ways to achieve it. Maybe instead of being bummed that what you tried didn’t work, you might want to check if, as a leader, you’re bummed that you have to act like what failed was really what you wanted in the first place.

Those leaders considered to be successful have not always likely had some Midas touch. They tried and tried again until they got there. They never gave up. They calculated their biggest affordable risk and went for it, stressing less and analyzing less what it all meant that they had failed… sometimes, again. They moved on, remaining ever clear on their vision and fueling their desire to achieve it, no matter how many attempts it took.