May 11, 2018 | Become a Better Leader, Contagious Leadership, Notes for the New Manager 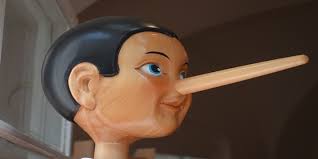 Anytime we begin to speak in absolutes or definitive truths about a topic as complex as people, it’s a problem. Leadership is not a one size fits all, only one right way to do it, type of activity or action. Leadership is multi-faceted, ever evolving, and varied based on the team members one has the privilege of leading. As such, few facts exist about leadership. Are there best practices? Of course. Benchmarks? Definitely. Absolute truths, presented as facts, that all leaders must do, remember, take action on, and make part of their daily routine no matter what the team they lead needs? Not so much. Here are 15 of those very types of statements that all leaders need to heed and have heard presented as facts, but need to question before accepting.

Everyone Likes a Good Leader

This one’s easy. Define like and define good first. Then look at how false this statement is given the very need for leaders to deliver bad news, coaching development, feedback, or even termination of a position. There are times when even a good leader, which depends on how good is measured, will be less than loved and admired.

False. Anyone with enough practice and respect from those they lead can be a leader. There are those who appear naturals at it, but it is usually a function of just having had more practice.

False. Different groups and differing needs need differing types of leaders and leadership. It’s highly unlikely Mother Theresa was ever called a natural born leader, but few would argue with her demonstration of leadership.

False. For all, even apparently the President, respect is earned not commanded. Only in rare cases is a title going to garner long term respect. In all other cases, a leader needs to build trust, respect, a rapport just like everyone else.

Good Leaders Are Always Even Keeled and Calm

False. Good leaders make good decisions about when to show their passion, draw lines and boundaries, and where to spend their energy. Leaders get mad and lose their cool, but they are very selective about when, where, over what issue and with whom. They are always asking “Could this energy be better spent elsewhere?”

Leader and Manager are Different Roles

False. The role of Leader and Manager must often be performed by the same person. What is different is the focus when in each role. Leaders focus on the needs of people while managers focus on the administrivia or resources for and from those people.

False. Much evidence shows clearly that leadership training often is effective, depending on the length of training, and if participants are motivated to develop and work in a culture that fosters that development.

False. Leaders are people and just as all kinds of people and personalities can learn and develop the skill of leadership, not all people are charismatic extroverts. Some leaders are far more quiet than talkative and still quite effective.

False. Leadership requires people following the person they have deemed to be, elected, or agreed to work with as their leader. A leader without followers is alone. A leader without a title is simply usually paid less.

Leaders Don’t Do the Work

False. The days of the corner office and no rolled up sleeves are gone. Leaders of today often work harder than those they lead, though there is also a false fact about that. The truth is leaders do the work even at the highest levels.

False. Ask any entrepreneur who leads a team of people. Besides, what does work smart, not hard mean exactly? Smart leaders are efficient and effective and judge a situation to need one or both based on the merits, timing, and context.

False. And certainly not true if any of those you have the privilege of leading are over the age of 8 or 10. Employees are not children and leaders inform, persuade, motivate, and influence, versus bark orders at grown people.

False. Those leaders with the greatest success hire slow and fire fast, when they see there is a miscast team member. Keeping someone who’s unhappy and doesn’t fit doesn’t benefit the company or anyone in it.

It’s Lonely at the Top

False. Or Maybe it’s a half -truth. When one becomes a leader, there are fewer who understand the struggles, challenges, and triumphs of your position, for a period of time. Expand the network and find those colleagues, coaches, and fellow leaders who do understand and are able to lend support or a listening ear at this new level.

Leadership is tough enough without trying to determine what beliefs about it are true or false. And while there’s no fact checker or truth-o-meter outside the news media or politics, trust your instincts, and question what seems true for you. And remember, leadership is a skill that evolves and develops, not a genetically inherited trait set with no possibility for adaptation.