How NOT to Pick, Prepare, and Promote Leaders 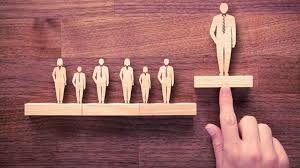 We hear it often, so and so got picked. Or, we’ll hear about how they were picked and promoted over another, when someone else should have gotten the position. Yet, what we don’t hear about are all the downsides that happen when a workplace picks, prepares and promotes all the wrong people for all the wrong reasons. Most don’t commit these actions intentionally, but the drive to efficiently accomplish the task of filling a vacant leadership position is compelling. Once it’s filled someone else gets to do that work and be responsible. But there’s one of the issues. Pick and prepare wrongly, the wrong person for the position, and the off-loading of extra work will be fleeting. Perhaps the best place to begin is at the beginning and with the actions you want to avoid committing, as if the health of your team and your teams’ results, depend on it.

Look Only for Similar Styles

Whether we refer to this as the “likability factor”, as it’s often called, or we say don’t hire people with whom you click, the point is the same. Leaders who promote only those who are similar in style, with whom they have things in common, or who appear to think in the same pattern or manner, are surrounding themselves with validators, not necessarily leaders. It’s human nature to gravitate toward those who are similar, but when it’s the primary criteria for leadership grooming or promotion at the office, it creates group think, idea stagnation, and cliques about which others will foster resentment. Your role as a leader is to look for those with gifts, skills, and talents in areas other than you own and with experiences perhaps even more extensive or in different areas than your own. This expands the skills, abilities, and certainly potential of the results able to be produced by the team. This expands the knowledge of other teammates. It will also strike fear in some who will feel threatened and will make initial communication possibly prickly. The choice to continue to pick those who could just as easily be buddies as new bosses in the organization is a recipe for more happy hours at which you’ll likely be commiserating over that most recent bad decision.

Promotions to a higher level are ideally earned and if you, as the leader or manager offering said promotion, spend only a few moments or days on that decision you will likely miss something. Earning the right to advance takes time and it usually entails showcasing how much one has learned in the way of new skills, including the way in which he or she is able to engage others and earn the respect of fellow team members. This does not imply that the promotion process should take forever, but the most successful leaders find a point that is in the middle. Spend time with your soon to be promoted leader, not merely in an interview, but in the office, with their existing colleagues, and even socially. Watch how they behave when you’re around and then find out how they behave the moment you’re gone. Invest the time in what is important, or you’ll be investing time in what will be the fire drill of your future.

The moment you read or hear that statement, you probably are thinking that’s silly. Of course you don’t settle for whatever or anything when you are considering an employee to promote into a leadership position. But, how many times have you watched an organization promote someone into a less than clear role, with a less than clear job description, no actual metrics upon which their performance will be measured, and no way for them to know if they are doing a good job in their new position? If any of those are happening or something you see happening in the promotion process of your office, then you or those leaders making the decisions, are settling for whatever. Get clear. No, in fact, get granular on what type of person, kinds of attributes, depth of experience or background, and mindset, as well as stress management skills you would ideally like to have in this position. As the old saying goes if you stand for nothing, you’ll fall for anything. When you’re desperate to fill a position, any number of crazy traits will appear to be something you can train them out of doing. Don’t be fooled. Don’t settle. Specify. Benchmark. Ask others for input. Create a list and stick with it to ensure you have the ideal fit, person, and future leader.

Picking, preparing, and promoting leaders is perhaps one of the most critical activities within an organization. These choices impact the strategic plan, human relations and resources, collaborative efforts, customers, and the results of the team, as well as often the entire workforce. Spend the time to really clarify your ideal choice and then invest the time to ensure, no matter how differently they may approach things, they’ve earned the honor of this next position.