6 Signs Everyone Sees You Need Coaching Except You

Sep 7, 2018 | Contagious Leadership, How to Become a Better Boss, Notes for the New Boss 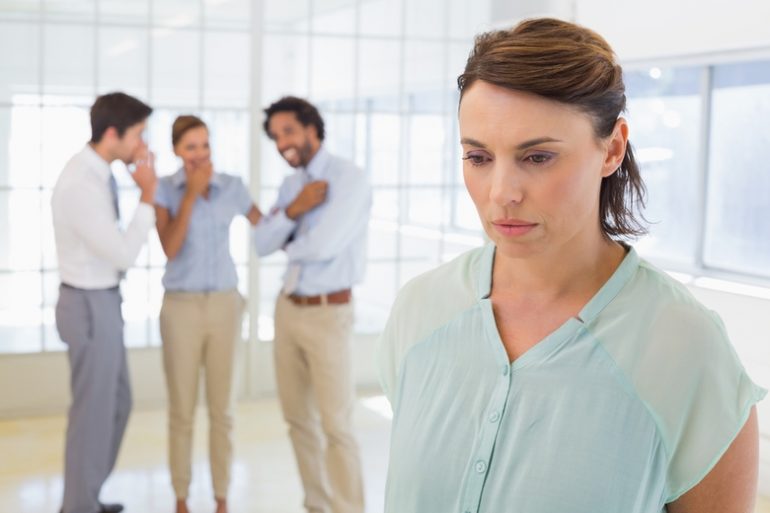 The feeling is awful. Everyone knows, but no one says, or shares a solution. Some avoid you, or it, and some get very frustrated with you about it, while you spend hours trying to fix it. It’s awful. But, being in the dark about your own IT, or areas of improvement, is not uncommon, especially if you’re in leadership. Employees are not inclined to speak up about how their boss should do better and bosses rarely share regular, much less truly helpful, feedback sessions.  So, before IT becomes so obvious it’s embarrassing, check for these six signs development is needed in your leadership. If all it would take for you to become a better leader, to stop the awful feeling of everyone knowing you need help except yourself, would you be willing? If you see yourself in most or many of these signs, then say yes, take action, and get some coaching.

If you are lucky enough to have a boss who gives regular feedback, none of it should come across as a sneak attack. If the information shared, requests made for changes, or mention of your behavior IS surprising, there are only two possible reasons: your boss is not paying attention until review time or you’re not hearing the feedback you’re getting at other times. No feedback in an employee review or appraisal, should be surprising. If yours is, you might be missing something that if changed, could dramatically improve your leadership, results and reputation.

Organizations have only one or two offenses that qualify for immediate dismissal, demotion, or termination, so if you’ve not punched a co-worker or stolen money, chances are good you’ll get to hear about what needs improving over and over and over. But, that’s part of the problem. Either the message isn’t clear or you’re ignoring it and if your boss keeps repeating it, they’re either still hearing it from others or have not yet seen the change needed. Heard any messages or direction for the third or fourth time lately?

Leaders who are top performers often receive stretch assignments designed to challenge and develop new skills for a future position. Those with the most promise, often trusted, are given projects that could be considered exciting or at least visible to others in the organization. Assignments that hold little or no charm or value are usually assigned to those seen to have less promise and are part of your boss merely practicing their own skills of delegation.

Promotions Pass You Over

If this is happening, there is a reason. It may not be you. It may be timing. It may be due to a long list of possible factors, but if it happens often, someone at the office is not telling you something or you are missing some key information in what it takes to become the leader ready for promotion in your organization.

If the previous four signs are showing up in your job from time to time, this fifth one will come as no surprise. The issues that need changing in your own leadership behavior must be addressed before your boss will be willing to talk about our career’s future. If you bring it up or ask, for you, what might be next, only to watch the room clear or hear a lot of throat clearing, it’s time for you to do some serious work in the area of awareness, EQ and skills.

The next most awful feeling, after the one where everyone knows something you don’t, is the one where you keep trying to make changes but see no new results. For the team, motivation is big at first when a leader announces a new initiative. Then it fades when this plan turned out just like the last one. Employee motivation soars when a leader says he’ll finally change something they’ve complained about for months, but that energy wanes with each successive time their leader fails to praise, follow through, change something, or all three. Repeat that process a few times and motivation will become temporary if anyone is even still listening to your empty promises. You experience the same with any effort you’ve made in weight loss, exercise, or behavior. Why would anyone, including you, get excited about your platitudes, whey they’ve seen how the story turns out.

That same story doesn’t have to keep having the same ending. You can be promoted AND prepared. You can become a better leader. You can change your behavior and you can rise quickly to a level of awareness where you’ll never be in the dark again. If these six signs just described your average day at the office, it’s time to make a change, unless of course, you like that feeling. Reach out to us at Contagious Companies, Inc. via the web or direct to the office at 1-866-382-0121, because not only do we know what it looks like when there’s a leader problem, we have the skills and the tools to quickly resolve it.