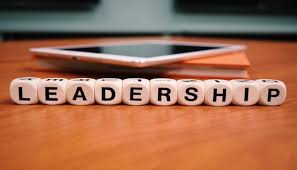 For most leaders, bosses, managers, and even supervisors, the thought of leading with only single syllable words seems hard to imagine. Maybe the idea is even silly and certainly the act would sound a bit robotic, but on the other hand, maybe the concept would get us back to basics and lend itself to much more clear communication. Both, the basics and communication, are areas from which most leaders have strayed. Instead we’ve moved toward significant overcomplication of the act, art, and practice of leadership. Then again, people are complicated, and people are the focus in leadership. Still, in an effort to simplify the way in which you lead others, let’s return to the basics in this Monday Moment with a few monosyllabic reminders of best practices. The most successful leaders do focus on these four single syllable actions and if you feel these actions are missing, a suggested simple return to four simple points of focus will improve your leadership.

Many in leadership are called doers. They are known to get things done, sometimes in record time. They are known for crossing items off their list and get as much satisfaction from doing the item as they do the crossing off. Big task or small accomplishment, taking action continues momentum and usually makes progress. But, the act of what you do has many avenues of interpretation. Thinking through a problem is doing something. Having a conversation is doing something. Choosing not to take an action is making a decision which even if you’re doing nothing, is doing something. See how fast it gets overcomplicated again? Simplify. Do something. What do you know you need to do in order to be a more effective leader? Is it ask for help? Is it try harder? Is it think a bit more about that problem? In whatever form, take action to cross the barrier or goal that stands before you.

Communication in leadership is a topic that fills entire books. Introverts will view the matter differently than their extroverted counterparts. Volume, delivery, and tone are also all factors and as most are well aware, it’s often not what you say, but how you say it, that matters. None of which negates the fact that in leadership, words matter. What needs to be said to that new team member, that you are instead assuming? What do you say to the top performer to get them to sell even more next quarter? What do you say in awkward silence when no one else has an appropriate message? Spend time focused on your message and your words and your delivery. Should that message be sent in person or via email? Choose the option with the best outcome but say something. Silence conveys multiple messages and cuts you out of the equation of having any influence over how others interpret it.

Think
Famous leaders have been mentioned in history for scheduling time to think on issues. Be it a problem, a crisis, a new situation, or something that will be changing, all decisions and actions need not be taken in the next millisecond. Leaders and people all think at different speeds and yet the most effective ones do spend time simply thinking. What issue needs your mental attention that you’ve avoided by staying task focused and just busy? What problem would benefit from your creativity? What challenge might be completely different if you spend one or two days thinking about it while other elements involved change from the passing of time? Think through your actions. Think through your word choice. Think about the kind of leader you are and will be and what you expect of the team.

Bad habits, procrastination, or putting off important decisions, might all be the types of behaviors to consider ceasing. The point, of course, for leaders, is that the examination of what could be done, should be done, and should be stopped is all part of the equation. Is there a behavior in a team member that you’ve let slide that now needs to be addressed post haste? Is there a conversation you’ve put off or a project you keep thinking will get done later? No time like the present might be your new mantra as a leader who, with the basics well in hand, quite simply is going to stop doing the things that create barriers instead of removing them.

Single syllables. Do. Say. Think. And stop. Easy, yes? Perhaps easy to say and easy to examine, but not always easy to put into action. However, these four terms could also be the foundation of your daily list. What will you do? What will you say and to whom? What will you think on and what will you stop? Closer than most leadership guidance to the old KISS method, sometimes as leaders, we just need the crazy daily pace of leading to slow down for a moment, so we can again grip the handle or buckle up for what we know is coming. These single syllables reminders of what might well be really important will help.