Leader Lesson: Having a Younger Boss Doesn’t Have to be Awkward 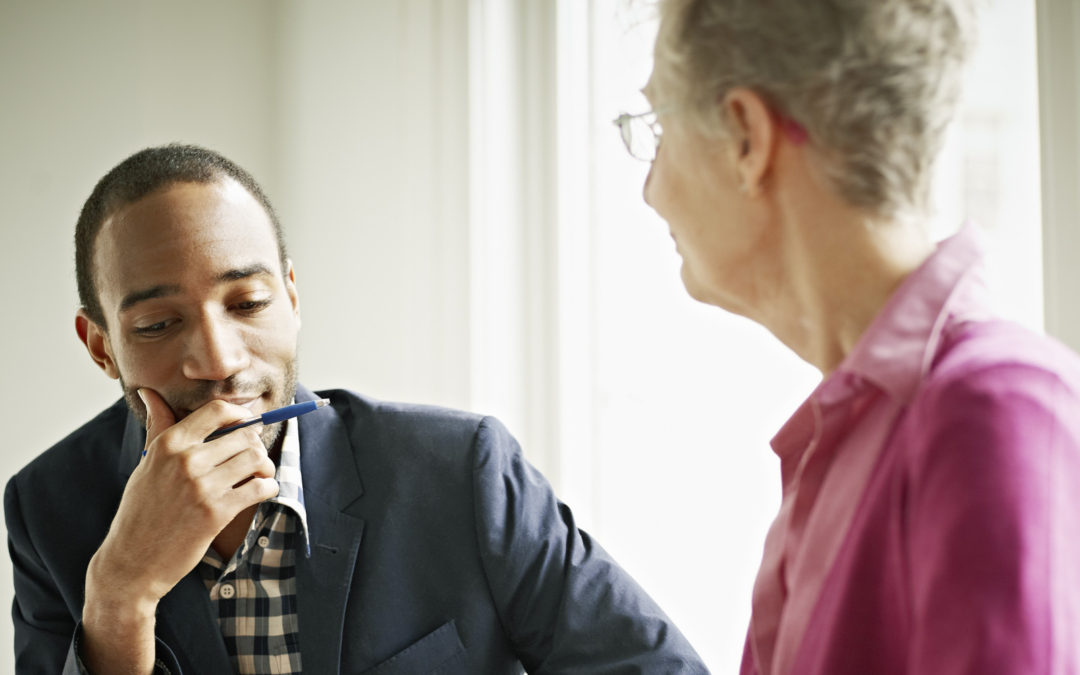 Meg made an assumption that her boss was older than her by at least five years, based primarily on the differences in their demeanors (the boss was generally more serious and alternated between saying “raise the roof” like a dad in a 1990s teen movie and “back in my day”) and her boss’s penchant for Ann Taylor Loft. After careful investigation (i.e., social media stalking) she discovered that she was older than her boss by a few months. All of her previous supervisors had always been her seniors by at least a decade. Here then came her second assumption inside of a few minutes: Bosses are typically older than their workers because they have more experience, and as a result, more authority.

When Jim was the boss, he viewed older workers as dead weight. “I had the perception that older employees were tired, not as productive and couldn’t do work that younger people do,” said Jim, the former owner of a major regional auto parts recycling center, now 63. When he came out of retirement a few months ago, however, he found himself on the other side of the age divide, with a new boss twenty something years younger.

Between confusing power dynamics and personalization of behavioral differences, being the leader of an older employee, or the older employee with a much younger leader, can be awkward. But, it’s not a requirement. In both stories, and even in the link to their full articles, it is easy to see, however, just how quickly the reversal of what we assume should be happening in leadership at the office can provoke problems. To address the situation and remove any and all feelings of such a relationship needing to be awkward, follow these guidelines in today’s Monday Moment Leader Lesson.

Be careful on the assumptions you make about actual age, but address what you think is a gap between boss and employee. Leading this conversation would simply include a few open-ended questions to get the ball rolling.

Clearly, you’ve not said So, how do we handle the fact that you’re old or that I’m a kid? And don’t, even if you’re tempted. Effective and even positively contagious leadership includes powerful and appropriate communication, which includes dialogue. Have a conversation about what you believe is an important age difference and if in answering your questions they don’t mention the issue as a factor, it may not be as important as you once thought.

Not only in a difference of generation, but in differences of personalities and often genders, challenges can occur when one assumes the other needs the same things. For example, a Type A leader needs action, challenge, and results, but a laid back, people pleasing, super helpful team member may need reassurance and guidance. If those two assume their needs are similar, as most do without thinking, there will be miscommunication, hurt feelings or questions, and frustration. Instead, clarify what each of you needs or wants in the way of communication, loyalty, direction, work ethic, or supervision, as these are all common areas that differ largely by generation.

Lean on Each Other

Once you’ve opened the door to address the difference and then clarified your respective needs in the workplace, an opportunity exists for you both to lead a real relationship, built on open dialogue, mutual respect, and wait for it…capitalization on each other’s strengths, talents, and perspective. Have you seen the movie The Intern?? Even if not, visualize a co-worker, whether you’re the boss or the employee reaching retirement, to have a person you can rely on for clarifying information for which you have very little frame of reference. Let him or her explain the perspective of those born later and share with him or her how your vantage point or belief may be different. In marketing, in sales, and yes, in leadership, having access to both viewpoints and more than just one person’s talents will seriously increase influence and effective leadership, not to mention engagement when it comes to employees and customers.

Leading an employee much older than you simply doesn’t have to be awkward. Reporting to a much younger boss doesn’t have to be either. But, if you’re feeling those feelings, start following the guidelines. Realize that how you feel is likely based on a set of beliefs or assumptions or what you think should be the case in this situation. Look at those elements more objectively and don’t be surprised if you find other areas subject to your assumptions in which frustration or awkward feelings could be easily removed from the equation.

Once a month, the Monday Moment includes a story to illustrate that post’s topic for becoming a better leader. But just as in all Monday Moments, the Leader Lesson also includes a Become a Better Leader Challenge, which includes your stretch assignment to become a better leader before next Monday. For this week, the challenge is: