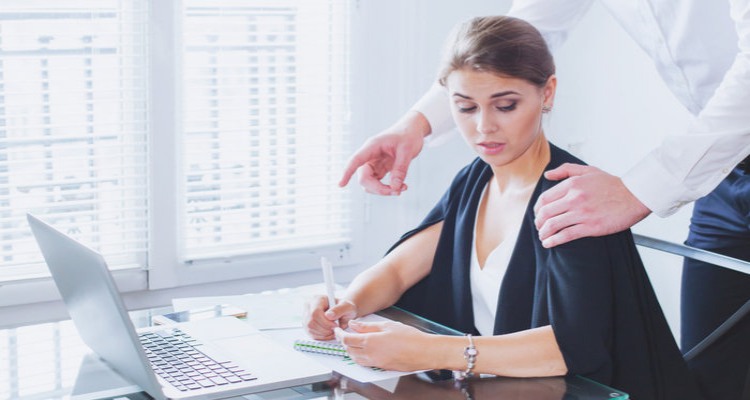 Very little else will stress a leader more than receiving notice that HR has been called in and an investigation begun…on them. Panic can set in quick. Doer of wrong or complete angel, in those moments a leader is faced with a few decisions. However, the only one that helps is compliance. Just such a story came to my attention this week when a fellow leader was facing trumped up charges of supposed harassment. Nothing had happened other than three team members banding together to remove a leader that held them accountable. Could it have been prevented? Likely not, but the story reminded me of choices leaders make long before such a claim is stated, that could change the future of their employment. In the case of the story mentioned, this leader lost their job and a long-time position because three employees colluded on the same issue, using the same line, having learned just what to say to HR, and HR being afraid of possible repercussions. They, played it safe as many companies do, and three against one means the leader loses.   Today’s Monday Moment dives into not one but three choices you’ve probably made that will not serve you well in cases such as these.

Those we might claim or label as “natural born leaders” are often extroverted by nature, as well, and while I’m not a believer in only one personality being able to be a leader, the extroverted tendencies do change conversation dynamics. Those who are expressive or extroverted and in positions of leadership, have a tendency to miss subtlety. Due to the way they communicate, they often look for similar kinds of reactions or responses from team members. They look for communication that is direct, spoken or written, and spelled out, with an action item, if most had their preference. However, there is an entire population of people who are not expressive and who process internally. The internal processers or introverts are much more skilled in subtlety and their frustration as to why extroverts don’t get it is just as high as the extroverts fuming over how they missed so much subtle transmission of information. In the case of harassment, or hostile work environment, or allegations of your leadership making someone else feel bullied or uncomfortable, these conversations can be awkward. The more awkward the topic, the more subtle introverts will get and the louder extroverts will grow. Put an extrovert in a position of power and an introvert on the receiving end of what feels like inappropriate treatment, and no communication is actually happening. The leader is looking for the employee to say he or she is uncomfortable, and the employee is waiting for the leader to figure it out. When leaders miss subtlety and in fact, don’t figure out how their behavior impacts others, employees will at times feel no other option than to report their feelings and perceptions to Human Resources or someone they feel will listen. When a leader, a boss, or a person with a position of authority misses subtlety or ignores it, this mistake will cause much more frequent cases of feeling blindsided.

Whether your new to leadership or been a leader for many years, there is always something new to learn about the people you have the privilege of leading. Stop learning and you stop gathering new information. Stop gathering new information and you’ll find yourself at some point faced with the reality that what used to work, now isn’t and the respect you used to have is now non-existent. You’ll also find that as a tenured leader, a lack of learning or new intel on a regular basis, makes the position seem routine, even boring, and working with people should instead, feel as if it is ever changing…because they are…always. Leaders who stop learning start leading on auto-pilot. Leaders who look for constant learning find out more about their team members. They may learn more about likes and dislikes, or preferences. They may learn what offends them and what doesn’t or what mood they need to be in to result in either. They may learn why one person reacts in one way while another reacts in quite another. They may find misinformation, or inadvertent exaggerations of data on a report, or covering of one employee for the actions of another. It is when we get complacent in positions of leadership that the temptation for employees to use that to their advantage, grows exponentially. Ten percent of employees will never take the opportunity. Eighty percent will consider it, depending on a number of circumstances, and ten percent look for and relish the chance, the moment the opportunity presents itself. The same numbers are said to be true of shoplifters and potential for stealing. When you stop learning as a leader in your office and among the team you lead, you open the proverbial cash register and take your chances. You’re the leader. The position isn’t always easy. The position doesn’t run on auto-pilot, ever. Leadership bears a resemblance to parenting and also shoulders the responsibility of always being willing to learn how to do it better, different, or more effectively for those you have the privilege of leading, which also includes at times, your own senior management.

Making friends at work is never a bad option. Leaning on those friendships between leader and team member or making assumptions that those friendships are subject to the same standards of an “out of the office” friendship, is dangerous. When it comes to difficult scenarios, opportunities to get an advantage, or protection of one’s livelihood, employees and leaders alike can turn into a momma lion protecting her cubs, on a moment’s notice. The friends you make at work, especially those you have the privilege of leading, are held to a different standard. There are still needed boundaries. There is still a needed level of awareness of behavioral impact and how things you say as the leader, land on others. What we may assume or rely on in social relationships is certainly different in workplace friendships. Too much is at stake and too many opportunities to take advantage in a hierarchical system, exist. This is not to say that everyone is prone to stab you in the back and no leader should ever have any real friends at the office, but it is to say that a leader who fails to see the difference and fails to set effective boundaries, may get caught up in what is quite a surprise harassment charge from those he or she thought were his or her friends.

No leader is perfect, and we’ve all made mistakes at the office. Heck, we’ve made a lot of them. You’ve likely even made one of these three but beware as these have become much more dangerous to your position. The challenge is times have changed and sensitivities have risen. The mistakes we could make in recent decades would now result in immediate termination. The remarks we could make or the cautions we thought we needed now much include much more awareness of emerging trends in sexual orientation, types of harassment, and what now defines hostile work environment. Leadership has taken on a new level of conscious awareness needed and a new level of pressure and responsibility. These mistakes are now more costly than ever and continue to make the case of no longer leading without pretty constant awareness, but also without the use or aid of that auto-pilot button.

Each Monday Moment shares a Become a Better Leader Challenge relevant to that week’s topic. This week your challenge is examine your choices in these three areas: