Internal Candidates are People, Too! 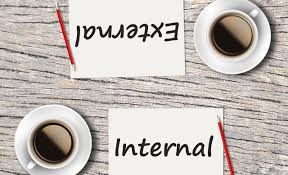 When leaders talk of recruiting and how it happens, they’re often referring to candidates outside the company. But what about existing employees? Internal candidates for job openings are people, too! Internal candidates also deserve a leader’s close reexamination of how recruiting happens because how it happens if you already work there is, well, different. In fact, if you are looking for internal candidates and have an open position, you might be surprised at how little your recruiting efforts are actually helping you fill it. Based on our monthly themes that extend from that first post of the year, 2019 Top Ten List of Leadership Tips, today’s Monday Moment continues to focus on the need for leaders to revisit their recruiting practices. So, if you hire new people from the outside, promote or transfer people from the inside, or are just tired of working with people who’ve been pretty clearly promoted, but not prepared, this Monday Moment has great value for you, as it covers three pitfalls to avoid when recruiting among existing employees.

What happens on the inside when hiring team members for the team you have the privilege of leading may not be what needs to be happening for you to have the team you will enjoy leading and be able to develop to maximum performance. The most common reason for this is the assumptions made by leaders. One ten-year employee from one department does not necessarily know all of the ins and outs of your department. Working there does not make a tenured employee omniscient, especially if they are known to be very, very good in their own department. They were likely focused and you will still want to cover the role you have open, the responsibilities of it, your leadership style and expectations, as well as the team and cultural dynamics that are similar or different in your area. Common knowledge is much like common sense in that if it were so common, everyone would have some. Use caution when assuming what they know or what they don’t. Ask what they’ve heard and what they perceive about your area. And know that it’s much easier to ask for forgiveness if you share too much information of which they are already aware, than it is to ask for their resignation because you assumed, they were better than you believed, but didn’t ask enough questions to uncover.

In a great article entitled 25 Hiring Mistakes to Avoid (a worthy read, too!), one mistake mentioned is sugarcoating the position. Certainly, for external candidates, leaders and recruiters can say just about anything about how fabulous it is to work in their company, and that candidate really knows no difference. Much like car salesmen can sell you a car that they wouldn’t buy for their own mother, beware of your own natural bias and desire to fill the position by overstating its glamorous factor. The same however, works in the reverse. Be careful to not get so focused on filling the position that you fail to look closely at internal candidates’ work history, skill set, behavior under stress, relationship with their existing leadership and team members. Internal candidates can be the next best thing since sliced toast, but they can also be the latest problem that another department can’t figure out how to fire and is trying to transfer.

When talking with an internal candidate, your guard is down. For reasons we’ve already covered, that is not a good practice, but there’s even more to the story. What if their existing boss is a complete jerk and proves it to you by sharing negative information or downplaying the skills of your internal candidate? What if what you heard about the internal candidate is complete poppycock – from a good OR a bad angle? With either scenario, the team you now lead has entrusted you with the expansion of their team members and it is your role to protect the trust they’ve bestowed by trusting what you see and hear about the new candidate and then verifying all the information. President Reagan was one smart cookie and the one credited with this phrase. If, given his wisdom, results, and outcomes, while surrounded by top advisors, he still felt the need to trust, then verify, their information, that might be advice worth following. Give every candidate a chance to be successful and prioritize the protection of your existing team in such a way that you validate the intel you’re being given. This is so much more easily done with internal candidates than external applicants, yet many leaders still make assumptions, trust other colleagues, and make quick decisions because “if they’re internal they’ve gotta be better than any candidate outside the company”. Oh the managers who have eaten those words.

While what we’ve covered are pitfalls to avoid when recruiting candidates from the internal existing employee base, most companies and leaders still want to give preference to this pool of people. The challenge that exists is when this preference trumps due diligence and leaders begin to hire from the inside just to say they’ve done it, while making wild assumptions about what it takes to vet an internal candidate appropriately. Hiring someone from the inside can be great for hiring costs, great for short transition time, but awful for maximum performance if that person goes from doing really well in one department to feeling completely left out, untrained, or ineffective in another. Don’t let that happen. Select the ideal candidate and then ensure you prepare them to perform and lead in an ideal manner.

This month’s action steps have been all about recruiting and this one takes a bit of a different tack. In today’s Become a Better Leader Challenge, your goal is to be proactive and put into action the knowledge you now have on internal candidates. This week:

You’ve got this and you’re well positioned to become a better leader before next Monday.