May 6, 2019 | Be a Better Boss, Become a Better Leader, Hiring Good Candidates 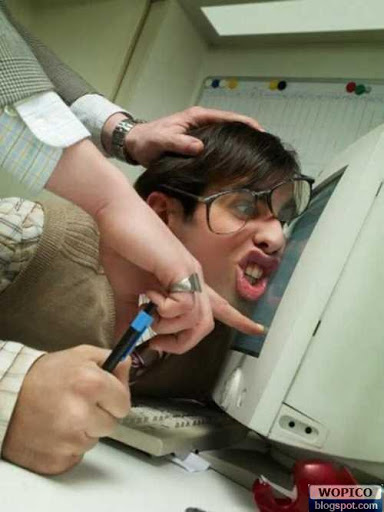 Oh come on. You’ve probably thought it. In fact, I know people listening to this Monday Moment, who’ve SAID it, but we can’t just go around calling people idiots. Ha! But, think back. All the way back in January, we shared a list of what 2019 is going to require of leaders. That Top Ten List of Leadership Tips mentioned recruiting and how to make re-doing it a focus if you want to improve your leadership results and efforts, even if they have resulted in you leading some less than stellar candidates. The month of May Monday Moments is thus devoted to that reexamination of your recruiting practices. Let’s face it, for most, that headline of Leader Hires Idiot. Now What? is what you WANT to say in your office but yep, can’t. I hear it time and time again. How did that person get a job here? How on earth did he get promoted? But what is more helpful than asking yourself those questions, is figuring out what to do about it. Whether you’ve inherited a few less than skilled team members or have even hired a few bad ones, before you repeat those mistakes the NEXT time you’re recruiting for an opening, put these actions into practice.

One such client I’ve known for years has taken on a recent Vice Presidency role in a major organization. His first task, dictated by the CEO, is to fast track getting to know who he leads exactly. The fancy word for this is to assess your team members. Whether you put them through as assessment (and the CORE Profile is truly your best choice!) or you put rudimentary pen to paper and get on with creating an inventory of skills, abilities and potential, find a way to dig deeper on every team member. Until you know what they can do, what they can’t, what value they bring, and if they are a fit for any position you lead, the rest of your complaints are eventually going to be met with silence from your own superiors. Be able to explain what the team of people you lead bring, or don’t bring to the table. This is the evidence you’ll need to make a case for changes.

Armed with data, you’re now faced with the task of talking with each team member. Now if you identify with the headline of today’s Monday Moment, you’ve likely already had one or two conversations. This one will be different. Let each employee know about your inventory. Explain the position they currently hold and the responsibilities of that position. It is at this point that there could be an awkward silence. For those poorly chosen candidates who simply aren’t performing well or were never cut out for that position to begin with, this is the moment you’re seeking. When you address an employee face to face with facts and data about the mismatch you’re seeing, candidates with a conscious will begin the process of self-awareness or hopefully self-deselection. Until you have that real conversation, both of you are truly just dancing. The truth is no one wants to work in a job that doesn’t work for them. The trick now is to not leave them hanging, so be prepared to also address what you’re prepared to do to help them, after that moment of silent self-awareness.

Armed with even more data and now a smidgeon of what is hopefully self-awareness, weigh your options. Is there a position in the existing organization that might work better for this individual? Is there a leader whose style may be better suited? Is there a type of work this employee has always wanted to do and for which they have potential to be skilled, that you could recommend they move into? These questions will allow you to begin the disbursement process. Disperse the employees who aren’t working to positions that will be a better fit. This doesn’t mean promote all the people who aren’t performing currently or pass the buck to some poor manager to whom you’ve oversold someone’s skills. It means find a new home for those who don’t work on the team you have the privilege of leading. This is often where the rubber meets the road, but this is also the road for which, in most companies, there is not a shortcut.

If you’ve led the effort to assess each person, evaluate each employee for their unique traits and skills sets, as well as potential, you’ve truly done more than most leaders. If you’ve added in one on one conversations with each person and found an awareness of a lack of fit, you’ve reached that internal kernel from which they might make a move with radically less resistance than you imagined. Follow that up with the disbursement options and if there are none, you’ll both be faced with the obvious. This is not the home for this person and that leaves you little option other than to free them up to find a new one. If you’ve followed the process and truly come to this conclusion, you’ll be able to manage the process, navigate the paperwork, and involve the tedious persistence this takes in most companies, without all the additional emotional hoo-ha. Yep, it’s a technical term: hoo-ha.

So, maybe you’ve tried these steps and are still stuck with said idiot. Maybe, your organization won’t let you disperse or dismiss the poorly fitting person you lead, chose, or inherited. Well, then turn your attention to what you can learn for next time. Continue your efforts to salvage this person, if you are indeed a bit stuck with her or him, then continue to develop skills. What won’t be helpful is continuing to refer to them as an idiot. Not that you only use that word, but anything said that continues to remind you and them, of how bad you both have it, will simply emphasize a miserable relationship. Be a better leader than that. See the good they do have to offer and work with what you’ve got.

There is a BIG, giant, even colossal difference between reading about solutions and actually putting those solutions into practice. This year, more than ever, what you DO with what you know about leading better, will be much more noticed than what you know about becoming a better leader. For that reason, each Monday Moment shares a Become a Better Leader Challenge relevant to that week’s topic and this week’s challenge is to do exactly the steps we just outlined. One by one. Step by step. Put this plan into practice as perhaps your first attempt at either cleaning house or simply reexamining your recruiting efforts.

Now, with a little practice, I think you’re well positioned to become a better leader before next Monday.