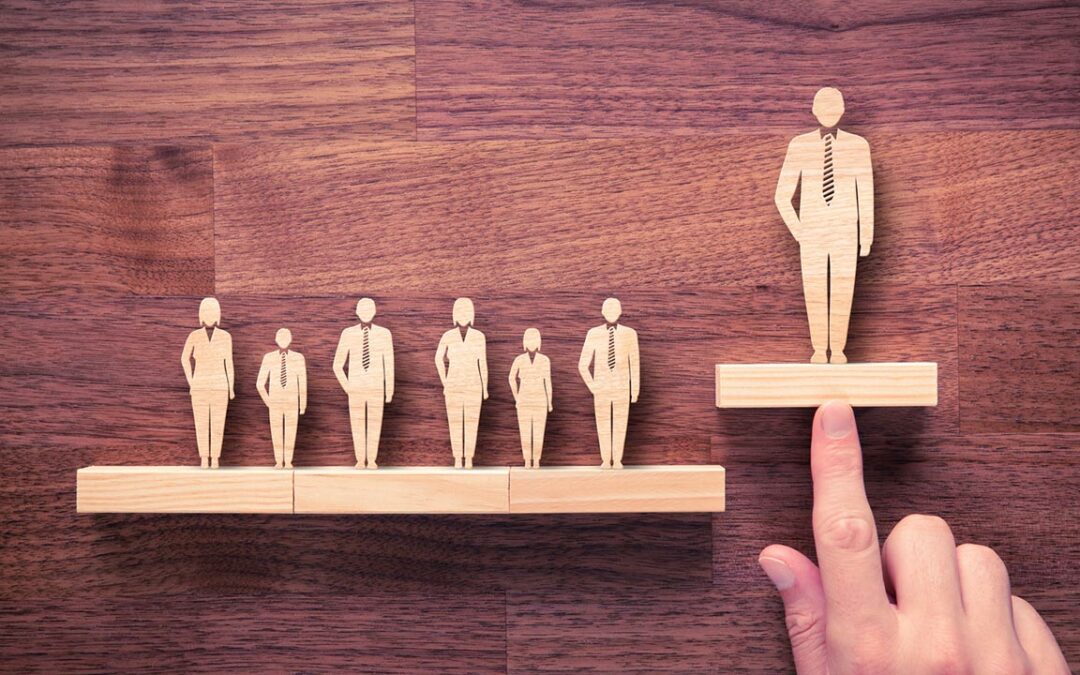 Develop your future leaders. You’ve heard the advice and perhaps even considered the wisdom, but there’s a larger issue. What exactly are you looking for in these soon-to-be leader people? Is it enough just to like them and click or does there need to be a set of traits that are more substantive? In a continuing focus on the Top 2019 Leadership Tips that started off our year’s Monday Moments series, this Monday Moment shares not only guidance on what traits to look for, but also the top five traits that are essential. Yet, when once you reach the end of the trait listing that you and your team are desperately seeking in future leaders, keep an eye out for the surprising twist on how to overcome the reality that finding these traits could be compared to a needle in the haystack hunt conducted at night blindfolded.

All evidence points to a need for your future leaders to be prolific communicators. Whether in written or oral forms, the words of those leading teams in the future need to express not only direction, but clarity, vision, inclusion, guidance, support, reassurance, and management. In addition, the future leaders you are developing will need to know how to communicate differently with different people and how to translate what is said in a face to face conversation into clear communication over text, email, social media, video conference, transcription, and inter-office IM messages. The need for this trait does not discount introverts who technically talk less than their extroverted colleagues, but simply means you want to seek out candidates who are able to communicate in ways that suit them and meet the needs of others.

On the flip side, look for those with well developed listening traits and tendencies. Your future leaders can’t be all talk all the time and must be able to stop the talking (or the madness) and give someone else all their attention. We used to call it active listening, and still do in some circles, but the reality is this trait should now be called listening actively and it’s harder to find than you might imagine because we’re no longer teaching the skill and in fact, we’re teaching the opposite. New leaders entering your workplace have been taught to “listen” while watching TV, their tablet, and scrolling Facebook simultaneously. In fact, they’re not listening, they’re rapidly shifting their attention from one distraction to another. The future leaders you hire and develop need to know how to truly stop, focus, and listen.

The future leaders you’re seeking also need to be driven to reach the next position, or at least driven toward continuous progress and momentum. When these traits are applied to a career, collectively they’re often called ambition and while the trait can and has certainly been overused, spotting ambition in others is typically pretty easy. The tricky part arrives when you start looking for a candidate or current team member who is able to balance both a focus on others and a focus on one’s own career simultaneously. Commonly, those who are driven, constantly driving to excel or reach a new level, are fairly myopic in their awareness and can even see others as a threat or at least a barrier. However, for your future leaders, you and the team who may eventually report to them, are looking for someone who’s driven.

Perhaps this one could go without saying, but it continues to show up in research. Your future leaders must have the ability to develop others. The trait is somewhat obvious and also flies in the face of someone who is strongly driven, but without this trait, team members will stagnate, suffer, and eventually leave the organization. Whether that development is in the form of resources, verbal guidance, genuine skill development, or even a simple book recommendation, being able to develop others and being interested in developing others is essential. Even as you focus on finding the future leaders TO develop, you are demonstrating what it looks like TO develop others. Look for a person’s awareness of others. Uncover how curious they are about others and ask questions that will reveal how much they might care about the success of others, as well as examples that can serve as evidence that their answers are more than lip service.

This final top five essential trait the team you lead needs their future leaders to possess might seem counter intuitive or even contrarian. Who wants someone who will destroy all that the team has created? Well, no one with any sense…unless of course, the focus in your workplace is on innovation. Future leaders need to be able to speak up against the ways we’ve always done and break down old models to create new ones. They need to be able to act as a contrarian in order to seek out and fulfill the drive toward improvement. This also means they need more confidence than their predecessor and that their colleagues may not always like them. Perhaps that’s why your future leaders need both the confidence to destroy stuff and get push back along with the ability to listen and then explain themselves through clear communication.

Okay, so wait a minute. Or instead, spend a moment trying to imagine a single person being both a good talker and great listener. That same person is driven but willing to focus on the development of others and be a person who speaks their mind often with ideas that are in opposition to current procedures and practices. Finding all these traits in the same person is doable, but not likely to be demonstrated by someone who is anything short of exhausted, as the reality is these traits come naturally to vastly differently preferences in personality. So, rather than trying to find the one future leaders who holds all five of these figurative trait cards, look for two or three who posses the traits collectively, and then teach them how to appreciate each other and work well together.

Each Monday Moment shares a Become a Better Leader Challenge relevant to that week’s topic and this week, your challenge is to find these traits among the team you have the privilege of leading.

Identify those traits on the team members you have the privilege of leading and you have the makings of a great group of future leaders.