Principles Shrinciples. Aren’t They What We Know Already? 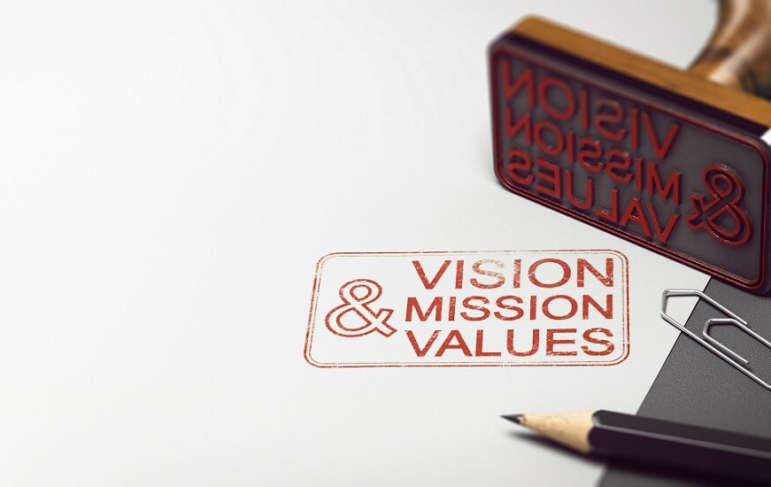 While schrinciples may not be the easiest word to say, there’s likely not a leader currently working who can’t say they’ve seen a mission statement on the wall that no one in the company knows how to actually implement. This situation is frighteningly common. Leaders think values, vision, mission, goals, and yes, principles are known to all they lead and yet, the reality is they’re often just pretty. Those you lead need more direction. Platitudes on posters are nice, but what does that mean we do to live them? What are our guiding principles and company mission or vision? But, before you go answering the questions or think this is a Monday Moment on how to create them, take a moment to stop and assess what you know about these terms before you keep using them. Our August Monday Moments are focused on claiming and clarifying your principles, number eight on our list Top 2019 Leadership Tips and deciding what they are is where most leaders hurriedly begin. Instead, the best leaders step back and ask themselves if when using those foundational terms, do they really know what they’re talking about? A dear friend and colleague, Liz Weber, CMC, CSP, does and in her article, she does a powerful job of clarifying some of the more commonly used, and confused, leadership terms. Before you clarify what your principles are, let’s ensure that you’re not confusing them with values, vision or mission statement items, like Roger almost did in a way that would have stymied his team and created more confusion.

“On my return flight from a recent speaking engagement, I started talking with the gentleman sitting next to me as both he and I worked on our laptops. Roger was a senior level manager for a 250 person, defense contractor and was traveling to meet with his company’s leadership team for an off-site management and strategy meeting. Roger was finishing his notes on what he wanted to present to help create greater clarity, energy, and productivity throughout the employee population. When I shared with Roger what my company did, he asked if I’d mind critiquing his ideas. (Poor Roger, he had no idea who he’d just asked to critique his ideas!)

As I read through Roger’s ideas, his intent was solid. His passion for helping the employees was clear. His acknowledgment of current and prior management missteps and failures was honest and bare. However, Roger’s plan for improvements was flawed by a common leadership over-sight: Roger wasn’t using the right terms consistently to enhance clarity, consistency, and action. It became quickly evident Roger didn’t know the strategic planning terms he was using. He was making the same mistake many in leadership make, they believe they know how to use the terms because they’ve heard them so many times before, but they’ve not really used them as a management and leadership tool before. As a result, like many others, Roger was setting himself, the leadership team, the employees, and company up for embarrassment, confusion, mixed messaging, and frustration.

Roger had outlined the very real need to clarify the company’s vision for the employees. The employees needed to know what the leadership team expected. That’s true and important. However, Roger’s company doesn’t have a clear vision. Instead, they’ve historically focused on “winning contracts.” To provide clarity, Roger outlined their vision as: Win Contracts; Double in Size; Implement Well; Strive to be the Respected Industry Leader; Integrity; Teamwork; Profitability. Those are nice ideas, but Roger just blurred goals with values. A vision is the big goal your organization is trying to achieve; how you behave are your values. Roger had, in fact, suggested a vision: Double in Size, he had just buried it among everything else.

The mission statement Roger included in his notes was clear and without fluff. In one sentence, it outlined broadly what his company did; why it existed. Perfect.

Roger didn’t have values specified. As noted above, he had included some basic expected behaviors (i.e., values) in his proposed vision. I explained to Roger, that he may want to consider suggesting a handful of behaviors (actions) expected of everyone to help them and all the employees move toward their vision. Things such as: Share Knowledge, Take Risks Wisely, Communicate Clearly and Often, Take Ownership of Problems, Consider the Big Picture Impact, etc are sample values that he and his peers could consider as these behaviors would cause employees to think, learn, share, and grow — all of which align with an organization that wants to grow.

Roger had listed strategies he believed the company needed to pursue, yet, like many managers when outlining strategies, the list of strategies Roger had created was a mix of organizational development changes needed, R&D actions, numerous administrative tactical actions, and a few long-term goals. When I asked Roger to clarify the difference between strategies and goals, he looked at me, opened his mouth, closed his mouth, then said, “I don’t know.” Strategies are big picture themes of HOW you’re going to move forward. So, ideas such as: Improve Employee Engagement, Increase R&D Production, Reduce Waste and Inefficiencies are big picture ideas. To implement them, you need specific actions. You need goals.

Strategic Goals are the big chunky projects your organization needs to take on (over and above current operations) to move your organization toward your vision. Goals have due dates, specific deliverables, and are comprised of numerous sub-goals and projects. The sub-goals and projects are what are divvied out to staff to help move things forward.

As I walked Roger through the terms, how to use them, and how to tighten up his plan, his eyes lit up. “Thanks. That could have been really confusing to everyone and I wouldn’t have been able to defend or clarify my ideas. You really do need to know what you’re talking about to be an effective leader.” Yes, you do.”

It’s true. You really do need to know not only what your beliefs and principles are, but which one of them are relevant to your role as leader and which ones will factor into how you are leading them into the future.

Each Monday Moment shares a Become a Better Leader Challenge relevant to that week’s topic and this week, your challenge is to begin the work of clarifying your own principles. Principles are what govern a leader’s actions and principles are based on values. For example, if you value fairness, your principle may be to never treat someone unfairly. If you value honesty, your principle may be to never lie, even if it causes harm. Thus, to take on this challenge, you may find it necessary to clarify values first and then principles. To complete this week’s challenge, record three of each. Three values and three principles relevant to your workplace. And, keep in mind, clarity IS contagious.