Why Aren’t They Working? 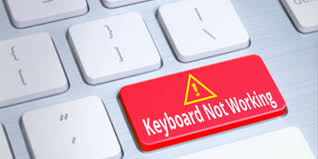 As with any pronoun used in a sentence missing context, the first step is to define it. Who are they, exactly? No matter the answer, the very question of why something or someone is not working, is sought out by leaders, perhaps all too often. Why aren’t those employees busy? Why aren’t those people focused? Where is everybody and did all members of the team or department go on vacation? Tell me again why do we follow that policy? Common questions beckoning a look at the bigger picture. All too often leaders are faced with drama and frustration when something on which they rely in order to remain productive, stops, or simply is not, working. Whether they’re people, processes, or policies in place, when they’re not working, not smoothly running, nor aligned with the leader’s value proposition or work ethic, disastrous problems are the outcomes. Well, only really disastrous if massive turnover, constant drama, and a line outside the door of HR that’s a mile long, seems troubling. There are, however, key, even simple, fixes provided in today’s Monday Moment for the top three areas most often complained about when leaders ask “why aren’t they working?”

This month’s focus for leadership improvement is on the subject of ethics. Less about morals or codes of conduct, this Monday Moment addresses what is called work ethic and what happens when yours is different than those you have the privilege of leading. When you ask Why aren’t they working? and you are referring to people, the answer could be that no one told them to. GASP! Every type A leader and Gen Xer raised with the phrase if you can lean, you can clean, just tried to grasp how someone could possibly think that working when on the job wasn’t a requirement. Think of how younger members of your workforce were shown what happens when you give all you’ve got to a company that could care less. Lay-offs, foreclosures, economic bubbles considered to be exploited by big banks and big corporate all were to blame when their mom or dad said you’ll have to change schools and find new best friends because we’ve lost our job and our home and we’re moving. Experience that as a child and it leaves an impression. Younger workforce members may not be working because they don’t believe they owe a company or anyone they don’t deeply respect and trust, a single solitary ounce of loyalty. Or maybe, their work ethic is one that says doing the job is enough and overachieving is not rewarded. Or maybe they’re not working because whatever type of leadership your offering or motivation the company is selling, is simply not of interest. Wait a minute. Not of interest? Then why work here? It’s a good question and one many employees are answering by leaving and job hopping. You think they are not engaged or that you need to increase engagement. Employee engagement is really just a new way of saying employee motivation, which is the same as what we used to examine under the name of plain old interest. And there was a time when being interested in the job you were being paid to do, didn’t matter. That time has passed and if people not working is an issue you need to address, start first with your work ethic expectations. Eliminate most of them related to the area of expecting people to work for the sheer pleasure. Interest them with the assignment or position or at a minimum, with your style of leadership. Keep their attention and they’re more likely to keep listening. If they listen, and you’re leading, they’re more likely to be, yes, engaged, but also, yes, regularly working.

People being the far more complex area of the three when it’s people, processes or policies that aren’t working, getting people to get back to work or in alignment with your work ethic is top priority. And while they may not align perfectly, getting them to at least do what you ask in the time frame in which you’ve asked it without too much grumbling, is acceptable. But what if it’s the processes you’re asking them to follow that aren’t working? Does all of their equipment allow for smooth completion of a process? Is there a part of the process that breaks down or backs up monthly or every time the lead list gets printed, that you’ve asked to be presented at each team meeting, it shuts down accounting? Is the process of strategic planning in place? Succession planning process working? There are processes for work performance and processes for planning and processes for production, among others. As the leader, if you’re confident the people you lead are engaged, interested, loyal, and at least don’t hate their jobs, at a minimum, check next your host of processes. Ignoring them could be considered criminal, or at least like asking someone to mow a lawn with a scissors when better equipment is readily available. To shore up gaps in this area and get production flowing, map out your top five processes, step by step and in order of importance. Then follow each step personally to see what happens, how it’s done, and where there is room for greater efficiencies or changes and improvements that would certainly making working the process easier.

Office environments, cultures, and generations change fairly quickly, despite what it feels like when you’re living in and leading them. The ethics of one generation are not necessarily the ethics of the up and coming team members. The policies you’ve always known and followed may now be outdated and either ignored or simply, not working as a guide to desired behavior. Dress code guidelines are in flux at present, for example. Whereas at one time a leader could assume certain standards of dress and professional attire, both geography and seasonality, as well as growing casual flair for even workplace attire has changed that fact. Add to our reality, gender dynamics and what a team member may identify with and you have a dress code that could well be long overdue for makeover. By itself, this is not a crisis, however, ignore one policy and others will follow. Continue to ignore a needed change in policy and you create what is called a precedent. Imagine explaining in a court of law your justification for not changing the dress code policy that no one follows, but enforcing another outdated policy that few follow, that you just used to terminate a team member. When policies aren’t working, employees may take an opportunity to make up their own rules and have little or no consequences for behaviors inhibiting productive performance.

Why aren’t they working? It’s a question I hear frequently and in nearly every training session. It’s phrased more as a complaint about employees who don’t just do their job and find themselves engaged in some other drama that is far more entertaining. It’s how we’re training employees to behave. Want to know why employees aren’t working? Look at how you’re leading and the language you’re speaking and whether or not they are listening. If that’s not the issue, take your top five processes and start analyzing. Then look closely at your policies so that the employees who, after you’ve done all that, are still not working the way you want them, can be invited to share their skills with a new company, with minimal drama and frustration when you deliver such an invitation.

For your Become a Better Leader Challenge this week, think long and hard about your work ethic and how it likely differs from the myriad of team members you have the privilege of leading. Stop being frustrated at how they don’t work in the same manner you do and start finding ways to make it easier for them to do work with and for you.