The Fascinatingly Frustrating People We Lead 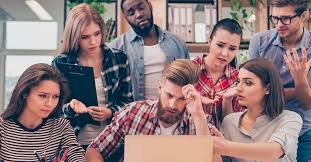 For the entire year thus far, we have focused on segments of leadership development with each month of the Monday Moment. For this month and the next couple, our focus shifts toward application. How do you become a better leader? How do you become a better behaving leader? Both questions are answered by doing different. Improvement comes from nothing more than making even small changes and one that has come up repeatedly recently with our executive coaching clients, is in how we deal with people. People can be the simultaneously most productive and most problematic element of any leader’s position and yet, in light of even their most minimally frustrating behaviors, there are three keys to leading them better that require leaders to do three things different. Ready?

Stop Imposing Your Thoughts on Them

People are fascinating. When they amaze us with their actions in positive ways we’re charmed and encourag. When they do something so stupid that we wonder what on earth they were thinking, that fascination quickly turns to frustration. But why is it frustrating and why do we call them stupid? Think for a moment…. and see if the reality isn’t that the answer to those questions is because that person did it differently than we would have. It’s usually that simple. You said stop annoying all of your co-workers. They heard stop talking. You said do whatever it takes to make your numbers. They heard bribe customers. We’re no stranger to simple miscommunications, but because people are so fascinatingly complex, we forget that so many miscommunications occur because we also send our expectations with our message. We maintain an assumption as leaders (and people) that others would do the same thing, or say the same thing, or have the same interpretation as us in any given situation. We know that’s ridiculous, but the simple fact that we’re frustrated when employees don’t get it proves that we expected them to get what we meant. And of course we do because if we saw other options or perspectives it would fundamentally alter the one’s we assume are the correct choices for behavior. Stop assuming. Stop being frustrated as to how others respond. Learn from what your see is a different perspective and rapidly adjust your message so that your results get better. That’s how you become a better leader and certainly one who is less frustrated.

One client shared with me today that while it’s helpful to have the needs, motivations, tendencies, and stressors as information on each of their team members, it’s frustrating to have to change your style to meet the needs of others who are different. She’s not wrong. No one ever said deviating from your own style or behavior preference was easy. And the more stress a leader is under, the less and less easy it gets by the minute. EQ or the preferences and personalities of people, is a topic that is a mile deep and an inch wide, that is often taught as if it’s a mile wide and an inch deep. Leaders will fail miserably when following an oversimplified labeling system. People are not labels any more than employees who bug you are inherently difficult. They’re difficult for you but that’s not who they are. Go beyond colors, labels, and short quizzes. These are great ways to start the conversation, but you need more data to practice with accuracy and influence. Find a tool that revels motivations, needs, and tendencies. Find a tool that shows you how to influence, interact with, coach, and motivate those you have the privilege of leading. The CORE Profile we use does this, but there are others. Practice using that data and then you will begin to start putting emotional intelligence into action. Leaders who do better, lead different people differently. They do different and thus lead at a much higher level.

Include Yourself in the Process

When a leader is faced with a difficult team member who frustrates the dickens out of him or her and everyone else, it slows down productivity. Often the challenging person becomes the target of much attention. Coaching, discipline, threats, consequences, the silent treatment, or extra development are all frequent options seen as solutions. Yet, the best leaders put themselves, and in fact keep themselves in the process. They’re not just doling out guidance, they’re looking at their own contribution to the situation. They’re not just sending employees to HR to get schooled or counseled, they’re evaluating if what was said was a reaction to something the leader did that was ineffective. Keep yourself in the mix. It always takes two to have an interaction. It takes two to argue and it takes two to find a solution in which trust, reliability, and performance are an issue. It takes two to meet each other’s expectations. Don’t divorce yourself from the reality that like it or not, you as the leader, are part of the situation with even the most frustrating team members.

Fascintatingly frustrating. Yep. People can be. They’re also who we have the privilege of leading and as such, it’s our job to find their optimal contributions and make the most of them. Do different. Become better. Make a bigger effort to be the leader who doesn’t whine but does different. Be the leader who stops blaming and starts changing their own behavior. Be the leader who doesn’t talk about people in one-word descriptions but looks at the team with respect for the complexity of relationships and personality preferences. Be fascinated that those you lead do different. Be fascinated at how easy it is to change tiny small things that over time, change reactions immensely. Be the leader willing to become a better one.